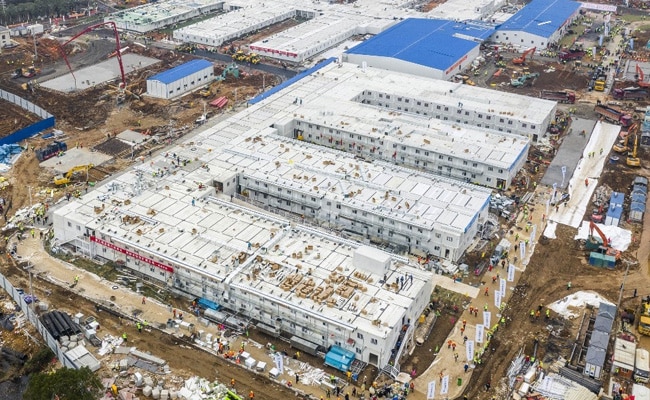 Liu Zhiming is the first known hospital director to have died from the coronavirus.

A hospital director at the epicentre of China's virus epidemic died Tuesday, state media said, the latest medical worker to fall victim to the new coronavirus spreading across the country.

The COVID-19 virus, which is believed to have originated in Wuhan late last year, has infected more than 72,000 people and killed nearly 1,900.

China said last week that six medical workers had died from the virus, while 1,716 have been infected.

Liu's death was initially reported by Chinese media and bloggers shortly after midnight on Tuesday -- but the stories were later deleted and replaced with reports that doctors were still trying to save him.

After initial reports of his death were denied, the hospital told AFP on Tuesday morning that doctors were giving him life-saving treatment.

Liu's death has echoes of that of Wuhan ophthalmologist Li Wenliang, who had been punished by authorities for sounding the alarm about the virus in late December.

Li's death prompted a national outpouring of grief as well as anger against the authorities, who were accused of mishandling the crisis.

People took to social media to mourn Liu on Tuesday, with many users on the Twitter-like Weibo platform drawing critical comparisons between Liu's death and Li's.

In both cases their deaths were initially reported in state media posts -- later deleted -- and their deaths denied, before being finally confirmed again.

"Has everyone forgotten what happened to Li Wenliang? They forcefully attempted resuscitation after he died," one Weibo commenter wrote.

Another commenter said, Liu "already died last night, (but) some people are addicted to torturing corpses".

A hashtag about Liu's death had 29 million views by Tuesday afternoon.

Doctors in Wuhan face shortages of masks and protective bodysuits, with some even wearing makeshift hazmat suits and continuing to work despite showing respiratory symptoms, health workers have told AFP.

Hubei province and its capital Wuhan have been the hardest hit by the virus, accounting for nearly 1,800 of the deaths from the virus so far.