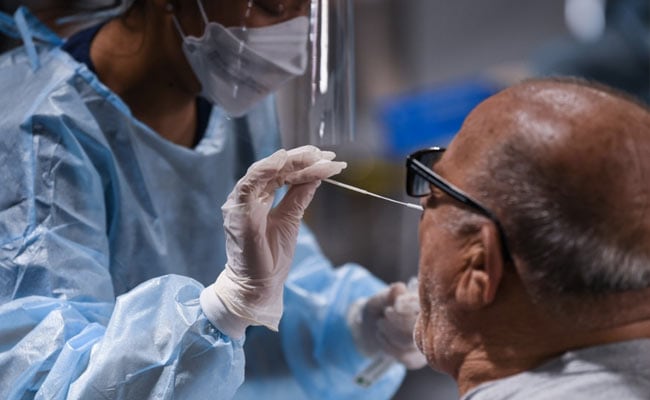 South Australian authorities are "extraordinarily concerned" about the outbreak.

The cases are linked to two schools and a climbing gym in Sydney's western suburbs, which may also be the source of a confirmed omicron infection in the Australian Capital Territory, NSW Chief Health Officer Kerry Chant said Sunday. Urgent genome testing is underway for a number of other cases linked to the venues and should be available in coming days, she said in a video update.

New South Wales state has confirmed 15 omicron infections and more are likely, Chant said. The outbreak was seeded from infected travelers on a flight from Doha who had been in southern Africa.

The omicron variant of Covid-19, first identified in southern Africa, has now been detected in countries from the US to South Korea, underscoring the difficulties of curtailing contagious new strains. Researchers worldwide are racing to understand the full impact of the new strain, and governments have banned travelers from South Africa and nearby countries on concerns omicron could evade the protection of vaccines and fuel new surges.

South Australia state on Saturday increased restrictions for international travelers over omicron fears, requiring all arrivals to quarantine for 14 days, not just those from southern Africa. Travelers arriving from Australia's south-eastern states will need to test on arrival and isolate until a negative result is received, state Premier Steven Marshall said.

South Australian authorities are "extraordinarily concerned" about the outbreak in Sydney and the case in the ACT, but will keep its border open at this stage, Marshall told reporters Saturday. "We don't know enough about the omicron variant at this stage," he said after a meeting with officials to discuss closing the border.

Omicron is "here in Australia," he said. "It's contained to this point but we could receive further information in the coming days that it is no longer contained."