They went from their home in Washington, DC, to one of the Trump family's golf resorts in Bedminster, New Jersey, to mark the Jewish holiday, which began April 8 and ends Thursday. 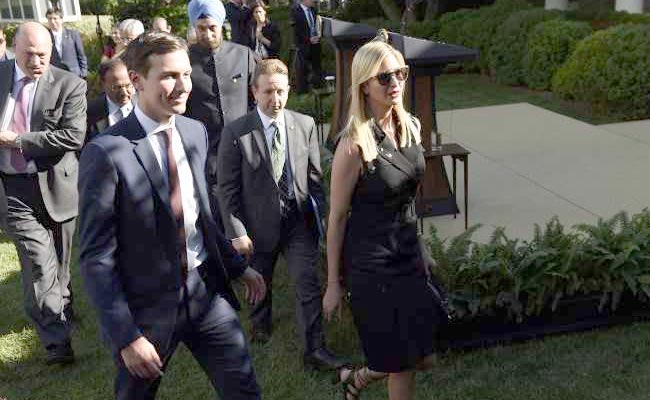 Jared Kushner is Jewish and Ivanka converted before marrying (File)

They went from their home in Washington, DC, to one of the Trump family's golf resorts in Bedminster, New Jersey, to mark the Jewish holiday, which began April 8 and ends Thursday.

The White House, confirming a story first reported by The New York Times, said the trip did not involve any more outside contact than if Trump and Kushner had stayed put.

"Ivanka -- with her immediate family -- celebrated Passover at a closed down facility considered to be a family home. Her travel was no different than if had she been traveling to/from work and the location was less populated than the surrounding area near her home in D.C.," a statement said.

"While at Bedminster she has been practicing social distancing and working remotely. Her travel was not commercial. She chose to spend a holiday in private with her family."

Washington, DC, has a "stay-at-home" order, meaning that people should avoid non-essential travel.

This is in line with White House advice to "avoid discretionary travel," forcing millions of Americans nationwide to exchange their traditional family gatherings over the Easter and Passover weekend for online get-togethers.

Ivanka Trump, who doubles as a presidential advisor, has used her social media fame to plead with Americans to respect the guidelines to help slow COVID-19's spread.

"Those lucky enough to be in a position to stay at home, please, please do so," she said in a homemade video at the end of March.

"Every one of us plays a role in slowing the spread, and social distancing saves lives," she said, acknowledging the "enormous challenge individually and collectively" for people under lockdown.

Kushner, who like Trump was born into a wealthy real estate dealing family, is also a senior advisor and has been made a key figure in the White House's attempt to handle the virus and the ensuing economic calamity.

Kushner is Jewish and Ivanka converted before marrying.