Covid's Harmful Effects On The Brain Stay For Years

Impact Of Coronavirus: While anxiety and depression occur more frequently after Covid than other respiratory infections, the risk typically subsides within two months, researchers at the University of Oxford found. 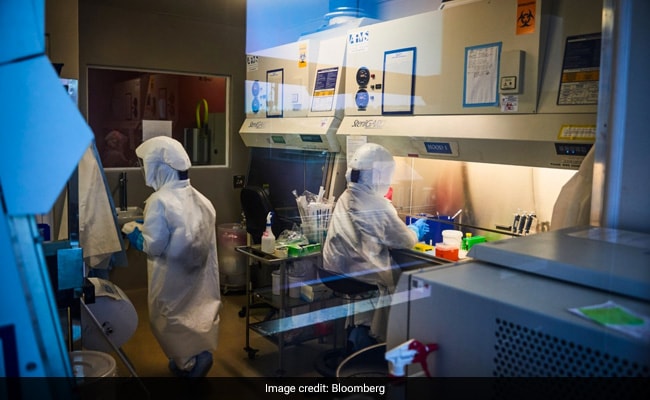 Coronavirus: The findings are based on records of over 1.25 million patients. (Representational)

Covid-19 survivors remain at higher risk of psychotic disorders, dementia and similar conditions for at least two years, according to a large study that highlights the mounting burden of chronic illness left in the pandemic's wake.

While anxiety and depression occur more frequently after Covid than other respiratory infections, the risk typically subsides within two months, researchers at the University of Oxford found. In contrast, cognitive deficits known colloquially as "brain fog," epilepsy, seizures and other longer-term mental and brain health disorders remained elevated 24 months later, according to a study published Wednesday in the journal Lancet Psychiatry.

The findings, based on the records of more than 1.25 million patients, add to evidence of the virus's potential to cause profound damage to the central nervous system and exacerbate the global burden of dementia -- which cost an estimated $1.3 trillion in the year the pandemic began. Oxford researchers showed in March that even a mild case is associated with brain shrinkage equivalent to as much as a decade of normal aging.

"The results have important implications for patients and health services as it suggests new cases of neurological conditions linked to Covid-19 infection are likely to occur for a considerable time after the pandemic has subsided," said Paul Harrison, a professor of psychiatry and the study's lead author, in a statement. The work highlights the need for more research to understand why this happens, and what can be done to prevent and treat these conditions, he said.

The study analyzed data on 14 neurological and psychiatric diagnoses from the TriNetXelectronic health records network, containing de-identified information on roughly 89 million patients, ranging from children to seniors. The 1.28 million people with a confirmed Covid diagnosis during the two-year study period were matched to an equal number of patients with another respiratory infection that acted as a control group.

The likelihood of most neurological and psychiatric diagnoses after Covid was lower in children than in adults. Unlike adults, they weren't at an increased risk of mood or anxiety disorders, and any cognitive deficit they experienced tended to be transient.

"It is good news that the higher risk of depression and anxiety diagnoses after Covid is relatively short-lived and there is no increase in the risk of these diagnoses in children," co-author Max Taquet said. "However, it is worrying that some other conditions, such as dementia and seizures, continue to be more frequently diagnosed after Covid, even two years later."

The fact that these risks remain elevated for so long suggests the underlying mechanisms driving them persists well past the acute infection, the researchers said. Potential causes include damage to the cells that line blood vessels, leading to blood clots, and leakage of the blood-brain barrier.

Previous vaccination is associated with reduced or unchanged risks of most neurological or psychiatric outcomes, the authors said. The rates of these problems were similar after the emergence of the omicron and delta variants, suggesting that coronavirus infections may continue to spur neuropsychiatric illnesses even when they cause otherwise less severe disease.

The study is the first to attempt to examine some of the disparate and lingering neurological and psychiatric consequences of Covid in a large dataset, Jonathan Rogers and Glyn Lewis from University College London wrote in an accompanying comment piece.

"It highlights some clinical features that particularly merit further investigation," they said, adding that more research is needed to validate the findings.