Coming To Cruise Ships In 2018: Race Tracks And Drones That Dive

Passengers on cruise ships will be zooming electric cars around the largest racetrack at sea, playing outdoor laser tag at night, and spotting marine life with diving drones. 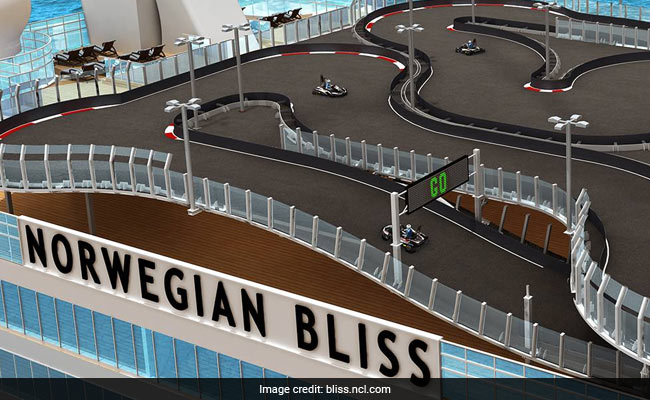 Robot bartenders and thrill slides are so last year. Soon, passengers on cruise ships will be zooming electric cars around the largest racetrack at sea, playing outdoor laser tag at night, and spotting marine life with diving drones.

As cruise lines look to be fresh and relevant, the focus is on amazing experiences-specifically, the kind you want to post on social media.

Luckily for us, cruise lines are responding. Here are the highly anticipated, out-of-the-box, whack-a-doodle cruise amenities that'll stop you-and your Instagram followers-in your tracks in the coming year. 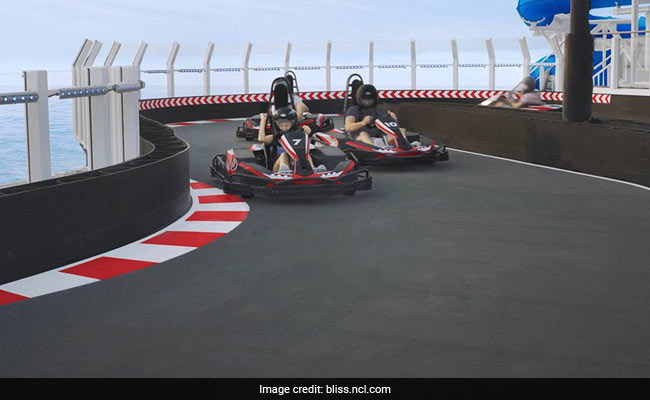 Go Karting Above the Pacific

As part of a weekly Grand Prix tournament hosted on the Norwegian Bliss, cruisers will get to put pedal to the medal on a fleet of electric go-karts manufactured by RiMo Germany GmbH. Special eco-friendly speakers attached to the cars' accelerators mimic the sound of a real engine, so you get a visceral experience without causing noise pollution as you whirl past Alaska's glaciers. As for the track itself, it's about 1,000-feet per lap on decks 18 and 19, making it 40 percent larger than the pilot version installed on the China-bound Norwegian Joy earlier this year.

Channel your inner Jules Verne at Blue Eye, the world's first underwater lounge to be built into the hull of a cruise ship. It debuts next summer on Ponant Co.'s new Mediterranean-faring yachts, Le Laperouse and Le Champlain. The defining visual feature? Two large, eye-shaped portholes to get you up-close and personal with sea creatures. Dramatic as they are, the views may play second fiddle to the space's high-tech bells and whistles. The entire room is meant to bring the outdoors in, with large screens broadcasting live images from three underwater cameras while a hydrophone captures the actual sounds of the ocean. A warning for the seasick-prone: even the furniture is tricked out to vibrate (lightly!) in sync with the sounds.

Prepare to go into stealth mode on Royal Caribbean's 5,535-passenger Symphony of the Seas, debuting in late March as the largest ship in the world. During set hours, its ice skating rink will do double-duty as an indoor, glow-in-the-dark, 16-person laser tag arena, decked out in an intergalactic theme. The Norwegian Bliss, meanwhile, will debut a dedicated open-air laser tag course on its 20th (and top) deck, complete with an eerie, abandoned-space-station theme.

Brush up on your Aladdin karaoke skills-they'll feel totally appropriate aboard the 2,908-passenger Celebrity Edge, which debuts in the Caribbean late next year. Why? One of its decks is being dubbed the "Magic Carpet" since it seemingly hovers over the edge of the ship and moves up and down like a giant, open-air elevator. At varying points during the day, it'll transform into a specialty restaurant, an extension of the pool area, an al fresco cocktail lounge, and a luxury embarkation station for the ship's sleek tenders. A whole new world, indeed. 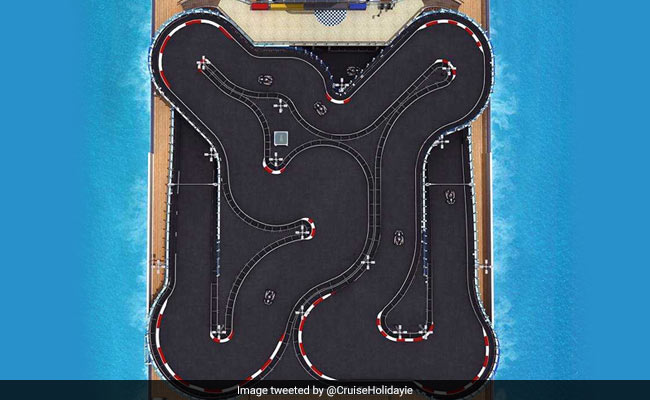 Passengers on cruise ships will be zooming electric cars around the largest racetrack at sea.

A Fun Slide in Your Suite

On Symphony of the Seas, Royal makes a pitch to wealthy families by packing a duplex suite with unconventional amusements, including a covered slide connecting the two floors, a full-height Lego wall, an air hockey table, and a video-game corner with a popcorn machine. There's also a private deck with a whirlpool big enough for the whole family-and 24/7 butler service. What it'll cost you: about $40,000 a week for a family of up to eight, in low season.

Norway-based cruise line Hurtigruten AS has teamed up with Silicon Valley's BluEye Robotics to introduce 15-pound diving drones on expedition ships, including the hybrid-powered, 530-passenger MS Roald Amundsen that debuts in Antarctica next October. The drones can dive down to 150 meters in waters that are often too cold for human plunges-and are equipped with four thrusters and a wide-angle video camera adapted for low-light conditions. All that content gets streamed in real-time to screens around the ship (even to your personal devices), so you can virtually join a pod of whales while sipping a martini or lying in bed.

There's a reason why Australian river cruising company Scenic is calling its debut oceangoing vessel a "Discovery Yacht." Intrepid travelers on the luxurious, all-suite, 228-passenger Scenic Eclipse-which launches in the Mediterranean in August-will be able to explore their surroundings in all sorts of unconventional ways: surveying Italy's active volcanoes by helicopter and the icy Arctic Ocean via private submarine. These are features you'd expect on the mega-yachts of the rich and famous-not a casual vacation that starts at around $5,000 per person per week.

Promoted
Listen to the latest songs, only on JioSaavn.com
Driverless Vans

If you thought Google Inc. and Uber Inc. were leading the autonomous vehicle race, you overlooked a contender: Royal Caribbean International. The company is working with French company Navya SAS to launch Arma, a fully autonomous shuttle service, in "a lot of destinations" to move cruise passengers and crew more efficiently around ports. The self-driving, climate-controlled electric shuttles being tested can carry up to 15 people; they're expected to be up and running in select ports before 2018 ends.