According to the Akron Beacon Journal, Taylor Ceepo was a quarter-mile from the finish line when she collapsed around midday. 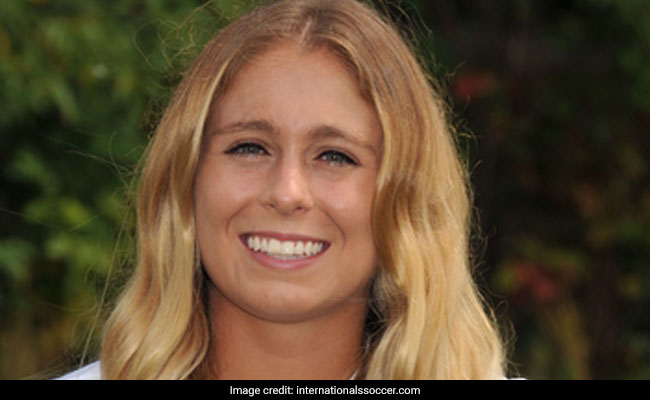 A 22-year-old participant in the Cleveland Marathon died Sunday after collapsing near the finish line. The cause of death for the runner, Taylor Ceepo, was not immediately known.

According to the Akron Beacon Journal, Ceepo was a quarter-mile from the finish line when she collapsed around midday. Temperatures in Cleveland were in the 80s on Sunday.

A spokesman for the hospital to which Ceepo was taken told Cleveland.com that she was dead on arrival. He said he could not divulge any symptoms she may been exhibiting. Ceepo was a recent graduate of Walsh University, about an hour's drive south of Cleveland in Canton, Ohio, where she played on the soccer team.

"It is my sad duty to inform you that a beloved member of our Walsh family, Ms. Taylor Ceepo, collapsed today while running the Cleveland marathon and has passed away," Vice President of Student Affairs Amy Malaska said in a statement. ". . . Her mother, dear friends and her boyfriend (also a Walsh student) were with her. Our love and deepest sympathies go to her family and loved ones."

A Catholic university, Walsh organized a Mass for Sunday evening, inviting students, faculty and staffers to come and mourn.

"Your Walsh family will keep you all in prayer," Malaska said in her statement.

Ceepo was from Medina, Ohio, near Akron, according to Cleveland.com. Listed as a midfielder on her Walsh athletics player page, she lettered in soccer from 2015 to 2017, before graduating several weeks ago, per Malaska's statement, with a major in biology and minors in psychology and chemistry.

(Except for the headline, this story has not been edited by NDTV staff and is published from a syndicated feed.)
Comments
Marathon Runner DiesCleveland Marathon