Over a million officials have been punished in China since President Xi Jinping took over power in 2012. 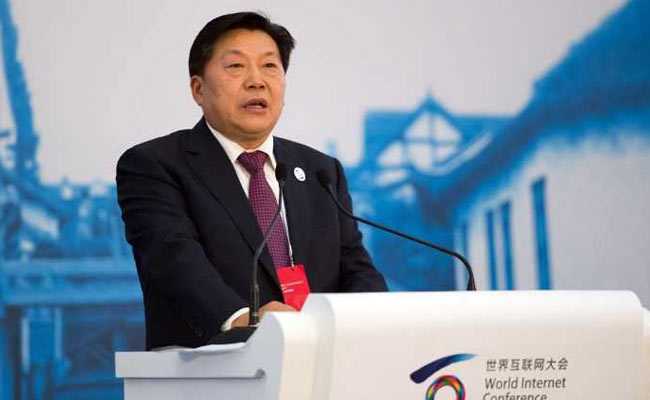 Lu, who headed China's powerful internet regulator Cyberspace Administration of China (CAC), was accused of taking advantage of his positions to seek profits for others on matters such as network management and promotions.

He appeared in the Intermediate People's Court of Ningbo in eastern Zhejiang province and admitted to the charges of accepting USD 4.6 million in bribes, the Hong Kong-based South China Morning Post reported.

The court heard Lu's crimes that spanned in his decades-long career at the state news agency Xinhua, the Beijing municipal party committee and government, the CAC and the party's Central Publicity Department.

Lu pleaded guilty to the charges and "expressed repentance", the court said, without setting a date for the sentencing.

As Lu pleaded guilty to the charges, the ruling Communist party announced action against several officials in its continued campaign against corruption.

Over a million officials have been punished in China since President Xi Jinping took over power in 2012.

Zhang Shaochun, a former vice minister of finance, was arrested on Friday on the suspicion of bribery, state-run Xinhua news agency quoted the Supreme People's Procuratorate (SPP) as saying.

Zhang's case has been handed over to the procuratorial organ for review and prosecution, it said.

In another case, Bai Xiangqun, former vice chairman of north China's Inner Mongolia Autonomous Region, was expelled from the party and dismissed from office over serious violations of discipline and laws, the agency reported.

"Bai's illegal gains will be confiscated, and the case will be transferred to the judiciary," an official statement said.

Ai Wenli, former vice chairman of the Hebei Provincial Committee of the Chinese People's Political Consultative Conference, has been expelled from the party over serious violations of discipline and allegations of accepting bribes, the Xinhua reported.

On October 8, China said that Meng, also Vice Minister of China's Public Security, was detained in Beijing for investigations into corruption.

He was detained while he was on a visit to China.

Grace, who is still in France where the Interpol is based, told the BBC in an interview that she had no news about Meng and she had been told that she is now the target.

"It is a political persecution. I am not sure whether he is alive. They are cruel. They are dirty," she said.

Grace also alleged that she has been receiving anonymous phone calls stating that two teams have been formed to target her in France.