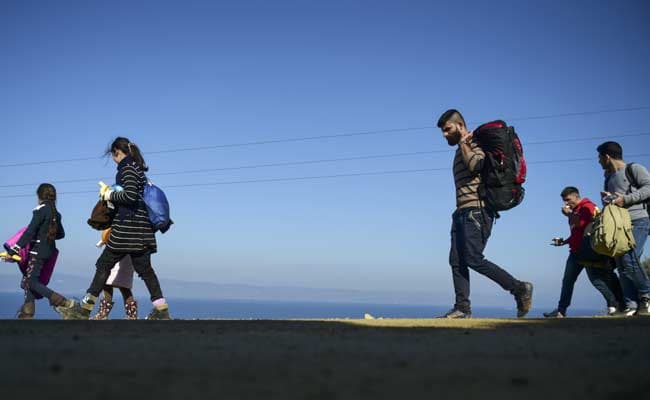 Geneva: China on Monday accused the United Nations of making "irresponsible remarks" in its recent criticism of China, Thailand and Vietnam over deportations, insisting none of those deported were refugees.

Ravina Shamdasani, spokeswoman for the UN's Office of the High Commissioner for Human Rights (OHCHR), had on Friday told reporters that Thailand had deported two recognised Chinese refugees who had been due for resettlement in a third country.

Pointing to allegations of widespread torture in Chinese police custody, Shamdasani urged Thailand to stop deporting people, including potential refugees, to countries where they could face "an imminent risk of grave human rights violations".

But Beijing's mission to the UN in Geneva insisted the Chinese pair were not refugees.

"Two criminal suspects, illegally staying in Thailand and suspected of crime of organising other persons to secretly cross the national border, have been repatriated according to law," it said in a statement.

It added that the pair were suspected of endangering "national security" and had pleaded guilty, decrying that Shamdasani had "linked China-Thailand cooperation on combating transnational crimes with the so called refugee issue and 'torture' issue."

China said its cooperation with Thailand on the issue was "in conformity with international law and practice" and did not fall under the UN's Refugee Convention.

"Such hasty and irresponsible remarks went beyond the mandate of the OHCHR, to which China would like to express serious concern and dissatisfaction," it said.

The mission dished out the same criticism for Shamdasani's remarks on another case, in which Vietnam reportedly sent nine North Koreans, including a one-year-old and a teenager, to China -- North Korea's main ally.

Shamdasani had warned that the North Koreans may have been repatriated from China to their home country, "where they would be at risk of very serious human rights violations".

The UN urges all governments to refrain from returning people to North Korea, which stands accused of committing "systematic, widespread and gross" human rights violations.

The Chinese mission did not speak specifically of the nine, but insisted it had a right to deport North Koreans entering as illegal economic migrants.

"The OHCHR made irresponsible remarks on the cooperation between countries on the issue of illegal migration, referring to illegal migrants as refugees," it said.