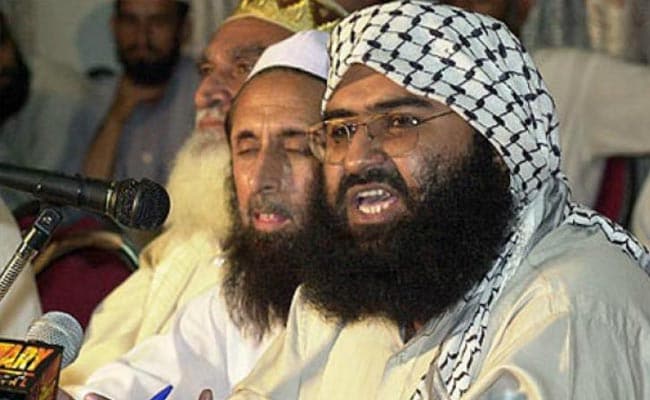 China is the lone member in the 15-member UNSC to oppose the ban on Masood Azhar.

Beijing: China today defended its second technical hold to prevent a United Nations ban on Pakistan-based Jaish-e-Mohammed (JeM) chief Masood Azhar saying there were "different views" on India's application and that Beijing's move will allow more time for the "relevant parties" to have consultations.

Reacting to India's criticism that its second hold on attempts to ban Azhar sends a dangerous message, the Chinese Foreign Ministry said that the listing application member states submitted to the 1267 Committee of UN "must comply" with specific requirements of relevant resolutions of United Nations Security Council (UNSC).

Though China is the lone member among the 15-member UNSC to oppose the ban on Azhar, Beijing claims that "different views" existed about India's application against Azhar.

"There are still different views on India's listing application made this March. The technical hold on it will allow more time for the Committee to deliberate on the matter and for relevant parties to have further consultations," the ministry said in a written reply to PTI to a question seeking its response to India's strong criticism.

The reference to "further consultations" apparently referred to direct consultations between India and Pakistan over the issue.

China had extended the second technical hold valid for three months during this week despite several consultations between New Delhi and Beijing at various levels.

It is expected to figure again during the expected meeting between Prime Minister Narendra Modi and President Xi Jinping on the sidelines of the BRICS summit to be held in Goa from October 15-16.

It said, China always maintains that on the listing matter, the 1267 Committee should stick to the principles of objectivity, impartiality and professionalism, base its judgments on solid evidence and decide upon consensus among the members of the UNSC.

Without naming China, External Affairs Ministry spokesperson Vikas Swarup said on October 6 that only one country had put the technical hold, blocking the ban by another three months, and criticised the completely "non-transparent and anonymous" manner of designating individuals by the UN Sanctions Committee.

India has been highlighting the cross-border terror threat emanating from Pakistan and tensions between New Delhi and Islamabad are on the rise since last month's Uri attack in Jammu and Kashmir which killed 19 Indian soldiers.

Promoted
Listen to the latest songs, only on JioSaavn.com
Noting that the UN Sanctions Committee has already proscribed Pakistan-based Jaish-e-Mohammed, he said the panel, however, ignored the need to take action against Azhar, the organisation's main leader, financier and motivator who continues his terrorist actions unhindered.

Responding to the extension of the hold, the External Affairs Ministry spokesperson said, "The (UN Sanctions) Committee has already pondered (over) our submission for the last six months. It will get a further three months to ponder, but that will in no way change the strange situation we have of the committee designating the terror organisation but failing to or ignoring the need to designate the organisation's most active and dangerous terrorist."