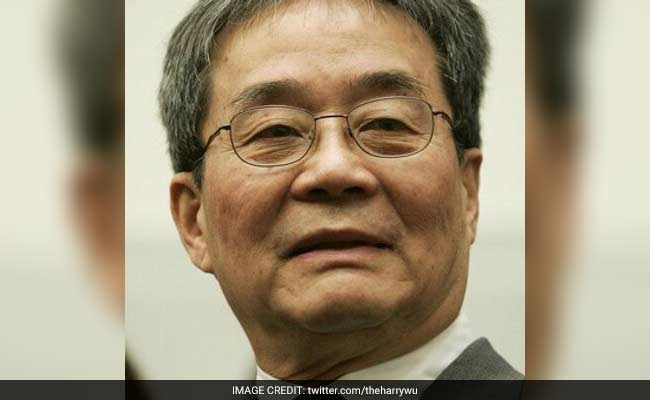 BEIJING: Harry Wu, a longtime Chinese human rights campaigner, and author and founder of the Laogai Research Foundation, has died. He was 79.

"He was a real hero," Noonan said by phone from New York. "Harry's work will continue, it will not stop."

Wu was born into a prosperous family in Shanghai that saw most of its property confiscated following the civil war victory of Mao Zedong's communists in 1949. He studied geology in university but fell foul of the authorities for his criticism of the Soviet Union, China's then ally, and was sentenced in 1960 at age 23 to China's prison camp system known as laogai, or "reform through labor."

Laogai was notorious for punishing intellectuals and political prisoners with long sentences and brutal conditions and were blamed by some for causing millions of deaths. According to his autobiography, Wu spent various terms in 12 different camps, experiencing harsh work regimens on farms, coal mines and work sites, along with beatings, torture and near starvation.

Released in 1979 following Mao's death three years earlier, Wu moved to the United States in 1985 but returned frequently to China to conduct research on the labor camp system.

Having become a US citizen, Wu was arrested during a visit to China in 1995 and sentenced to 15 years on espionage charges. He was immediately deported to the US where he continued his work documenting Chinese human rights abuses and was a frequent speaker before Congress and at academic events.

His Washington, DC-based Laogai Research Foundation established the Laogai Museum in 2008 to "preserve the memory of the laogai's many victims and serve to educate the public about the atrocities committed by China's communist regime," according to the foundation's website.

China has since formally eliminated laogai along with a milder version known as laojiao, or "reform through education," although penal labor remains a key feature of the Chinese prison system.