The probe by the Singapore Police's Commercial Affairs Department has found that key office bearers had "prevalently" issued uncrossed cheques. 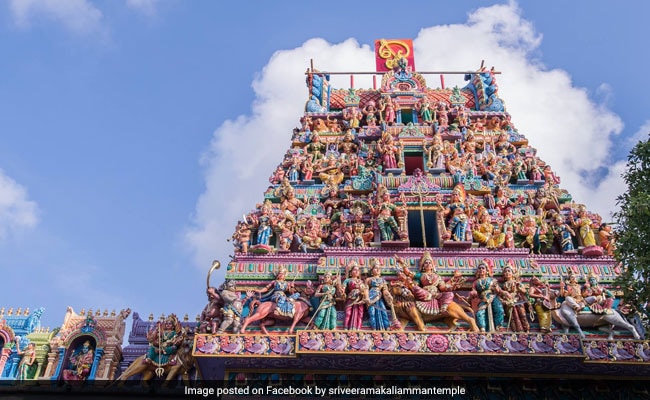 Sri Veeramakaliamman is one of the oldest Hindu temples in Singapore

Besides being sacked from his post at the temple, Sivakadacham, the chairman of the Sri Veeramakaliamman Temple, is also disqualified from acting as a board member, trustee or key staff in any charity in the future, the Commissioner of Charities (CoC) said in a statement.

The probe conducted by the Singapore Police's Commercial Affairs Department has found that key office bearers of the temple had "prevalently" issued uncrossed cheques and allowed them to be exchanged for cash at the temple.

Between January 2011 and July 2014, the temple issued at least 823 uncrossed cheques amounting to over SGD 1.5 million. Of these, 45 cheques worth over SGD 227,000 were given to people who were not the intended recipients.

Sivakadacham, who goes by just one name, can no longer act as a board member or trustee of the temple in Little India's Serangoon Road, the CoC statement said.

The charities watchdog further said that it has removed Sivakadacham with immediate effect after a probe found "severe mismanagement" in how the temple was run.

"The Commissioner of Charities is satisfied that there has been mismanagement in the administration of the charity for which Sivakadacham was responsible for or by privy by his conduct contributed to or facilitated," the statement said.

The CoC had instituted an inquiry into the Sri Veeramakaliamman temple on August 22, 2017.

In April, the Charities Commissioner, Dr Ang Hak Seng, had said that the probe found a "severe lack of care and prudence" by key board members as guardians of the temple's charitable assets between January 2011 and July 2014.

Internal controls were nearly "non-existent" and such behaviour had put the temple's funds and assets at risk, he had said.

Sivakadacham's removal comes three months after Dr Seng suspended him from the post in April.

In the same month, the temple's secretary, Ratha Krishnan Selvakumar, was also removed from his post. His past criminal convictions involving dishonesty disqualified him from holding office under the Charities Act.

Meanwhile, the Commercial Affairs Department is also investigating suspected criminal offences at Sri Veeramakaliamman, one of the oldest Hindu temples in Singapore.

Dr Seng said, "Any negative conduct within the charity sector can bring about serious damage and erode public trust in our charities. Hence, we cannot tolerate mismanagement or misconduct in the administration of charities."

He further said that the temple's daily operations and services are not affected and will continue as usual.

The Sri Veeramakaliamman Temple, which was built in 1881, is dedicated to goddess Kali. The building is constructed in the style of south Indian temples common in Tamil Nadu as opposed to the style of Kali temples in West Bengal, where the goddess' worship is extremely widespread.

SingaporeChairman of Hindu Temple in Singapore