The plea entered by Bruce McArthur, 67, was a surprise -- he had been scheduled to stand trial next year. 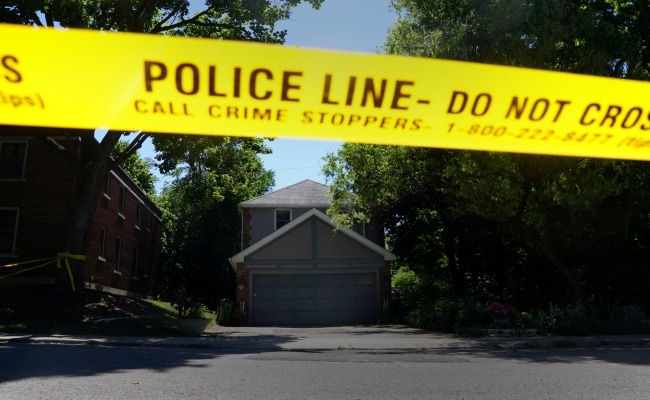 A Canadian landscaper on Tuesday pleaded guilty to the murders of eight men with links to Toronto's gay community and the mutilation of their bodies, most of them chopped up and hidden inside planters.

The plea entered by Bruce McArthur, 67, was a surprise -- he had been scheduled to stand trial next year.

He now faces the likelihood of life in prison. A sentencing hearing is scheduled to start on February 4, when family and friends of the victims will have an opportunity to describe how the killings affected their lives.

The case shocked all of Canada, and especially the gay community. It sparked a massive investigation in Toronto, the country's largest city, at dozens of properties where McArthur had worked.

"Unfortunately, we can never bring these men back. But I'm hoping we can start bringing closure to the families and the communities," he said, describing the "long and traumatic process" to bring McArthur to justice.

McArthur was arrested in January 2018.

Body parts of seven of the victims were found hidden inside large planters that McArthur stored at a client's home in midtown Toronto.

The remains of an eighth victim were later discovered in a ravine behind the property.

The victims in the case were McArthur's former lover, two Afghan immigrants, two refugees from Sri Lanka and another from Iran, a Turkish national, and a homeless sex worker.

Karen Fraser -- the owner of the home where McArthur stored his planters, and who had casually met two of the victims -- said she is "haunted" by the case.

Prosecutor Michael Cantlon described to the court how McArthur had "staged" the corpses of his victims and photographed them, according to local reports. He also kept mementos such as jewelry and a notebook.

The murders were "sexual in nature," according to an agreed statement of facts.

The court document said police uncovered a duffle bag containing duct tape, a surgical glove, rope, zip ties, a bungee cord, and syringes -- evidence pointing to some of the victims being tied up, confined and sexually assaulted prior to their deaths.

Authorities also located a calendar belonging to McArthur's boyfriend which had the entry "Bruce" on the day in June 2017 that he went missing, as well as video surveillance footage of the victim getting into McArthur's van, where a murder weapon was also found.

Few other details of the crimes were revealed in court documents.

"We will never get all the answers... unless (McArthur) decides to give us that information," commented Haran Vijayanath of the Alliance for South Asian AIDS Prevention.

In a statement, Toronto mayor John Tory called McArthur "a monster who preyed on the city."

McArthur first came under suspicion in September 2017 in connection with the disappearance of his lover Andrew Kinsman, but police at first rejected suggestions that a serial killer was prowling Toronto's Gay Village neighborhood.

Last January, police made a quick decision to enter McArthur's apartment and arrest him when they saw a young man enter his home. They found the man tied up on a bed, but unharmed.

McArthur had not acknowledged his sexual orientation until he was in his 40s. He suddenly left his wife and two children and moved to Toronto in 1997, where he became well known within the gay community.

A psychiatric assessment after his first run-in with the law in 2001 said he likely harbored "underlying resentments" but concluded that he was not dangerous.

McArthur was convicted of beating a male prostitute with a metal pipe but did not serve prison time. He was later granted a pardon, wiping the conviction from the official record until Canadian media went to court to have the documents unsealed.

Detective Sergeant Hank Idsinga, the lead investigator, has said the forensic probe into the killings was Toronto's largest ever -- excavations or searches were carried out at more than 75 properties in the Toronto area.

Police also looked at 15 cold cases dating back to 1975 for possible links to the accused, but Idsinga has said he does not believe more victims will be uncovered.

Many, including investigators, expressed relief that the case would not go to trial, sparing family and friends of the victims from having to hear the gruesome details of McArthur's crimes.

The investigation, however, will continue into the foreseeable future, said Dickinson.