Bull Sand Fort, reinforced by concrete and fitted out with 12 inches (30cm) of armour, is designed to withstand gunfire from battleships. 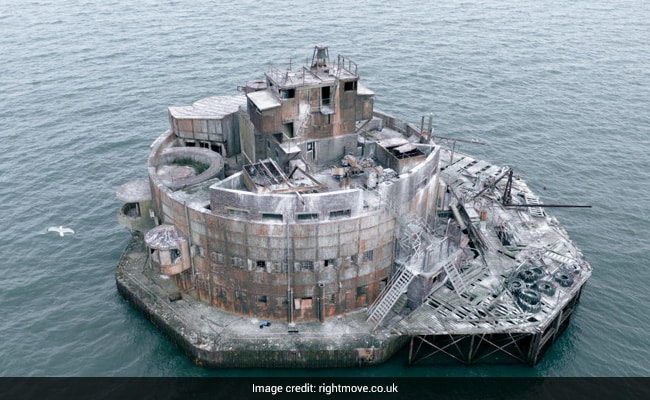 The Bull Sand Fort is situated in the middle of the ocean.

A decommissioned fort, constructed during the First World War, is being auctioned off for the first time, a report in the BBC said. The fort is situated in the middle of the ocean and the starting bid is just $60,000, the outlet further said. The Bull Sand Fort, built between 1915 and 1919, is nearly 5 kilometres from the mainland. The sale of the fort is being handled by Right Move, which says on its website that the property is freehold and in need of refurbishment.

"A grade II listed sea fort constructed between 1915-1919 for naval sea defence during World War 1 and used in World War 2 (works were not fully completed until after World War 1 had ended), in need of refurbishment throughout, located in the Humber Estuary (in the UK). Vacant," according to the description of the property on the website.

"The fort includes three floors with basement and magazine below sea level, and central two-storey observation tower. Fresh water supply is available at the fort via an artesian well. Externally there is a balcony and jetty," it further said.

Steven Morish, an employee, told the BBC that the fort requires "an imaginative buyer with a project in mind".

The building, reinforced by concrete and fitted out with 12 inches (30cm) of armour, is designed to withstand gunfire from battleships. It was big enough to house a garrison of 200 men. The weaponry was removed from the site in 1956 when it was decommissioned.

Right Move has listed it as a "Grade II" property, which according to UK laws means the structure is "of special interest, warranting every effort to preserve it."

The auction of the property will be handled by Savilles National Auctions and is scheduled to take place on July 19.