UK Conversion Therapy Row: Britain had been due to host the Safe to Be Me conference in London in June to urge governments to tackle inequality and discrimination, and enable people to live free from prejudice. 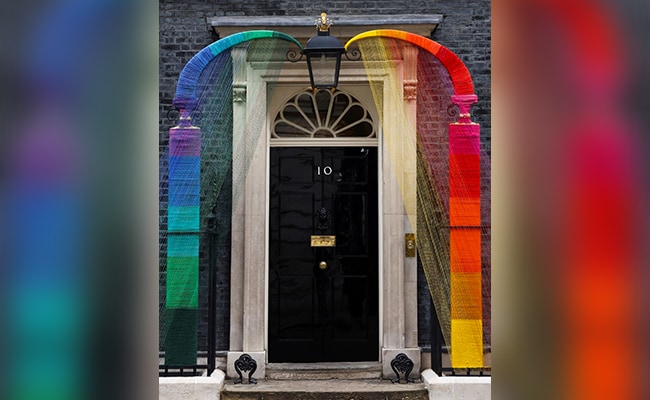 Britain is set to abandon plans to hold a flagship conference designed to promote LGBT+ rights around the world following a row over conversion therapy that has prompted charities and organisations to boycott it.

Britain had been due to host the Safe to Be Me conference in London in June to urge governments to tackle inequality and discrimination, and enable people to live free from prejudice.

But a decision to ban conversion therapy for gay or bisexual people in England and Wales, and not for transgender people, has prompted charities to withdraw from the event and the country's first LGBT+ business champion, Iain Anderson, to quit.

Anderson said in a public letter to Prime Minister Boris Johnson on Tuesday that it was wrong to create dividing lines. "Now - more than ever - we need tolerance and respect in our national conversations," he said.

British media, citing government sources, said the conference would no longer go ahead. A spokesperson said it was disappointing to see partners withdraw but added: "The complexity of issues requires separate work to further consider transgender conversion therapy."

When asked about the conference the spokesperson did not dispute the reports it had been cancelled and said "the government is now considering how to proceed."

Johnson's government had come under increasing pressure on conversion therapy after former leader Theresa May vowed in 2018 to eradicate a procedure that aims to change or suppress someone's sexual orientation or gender identity.

Some campaigners had argued against a ban for conversion therapy for transgender people because they said it could prevent or complicate discussions about gender identity with parents or health officials.

A lawmaker in the ruling party, Jamie Wallis, said last week that he planned to change his gender identity to become Britain's first openly transgender member of parliament. He said he was bitterly disappointed at the conversion therapy decision.

Lawmakers, including in Johnson's Conservative Party, said they were dismayed about the conference. "We had such a huge opportunity to prove the UK (and the Conservative Party) is a defender of freedom. As a Conservative member of the LGBT+ community, it is so wrong it has come to this," Dehenna Davison said on Twitter.