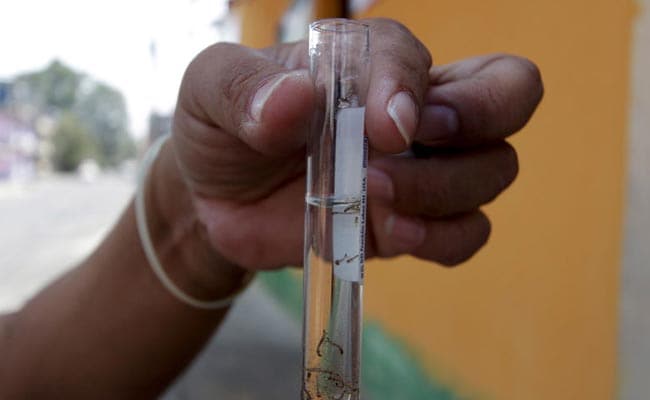 Scientists say access to current samples is critical to figuring out whether it is mutating into a more transmissible or dangerous form. (Reuters File Photo)

RIO DE JANEIRO: Brazilian officials will soon decide whether to amend the South American nation's rigid procedures for sharing Zika samples, the Cabinet chief's spokeswoman said on Friday, as officials announced that they were sending a set of samples to US researchers amid complaints of hoarding.

The developments came on the heels of an Associated Press report earlier this week that revealed that international health officials were frustrated at Brazil's refusal to share enough viral samples and other information to answer the most worrying question about the outbreak: Whether the disease is truly causing a spike in babies born with abnormally small heads?

Cabinet chief Jaques Wagner planned to meet with the health minister and science and technology minister next Wednesday to craft a presidential decree to reform Brazil's biosecurity law, Sonia Abranches, a spokeswoman for Cabinet chief's office, told the AP.

Abranches said she could not provide more details on what the changes might look like or comment on whether Brazilian President Dilma Rousseff would enact the decree.

In a Friday statement to The AP, the health ministry said it was "at the disposal" of international researchers studying Zika.

In a statement posted to its website on Thursday, the ministry said that two-thirds of the material gathered during recent field work with an American team would be shipped to the Centers for Disease Control and Prevention.

The ministry did not answer multiple requests on Friday for more details on the sample sharing.

Paulo Gadelha, president Fiocruz, a state-run health research institute in Rio, said that cooperation was important but that it had to be tightly regulated.

"It can't be an out of control sending of material abroad, or vice versa," he said. "This must be protected, regulated by rules that guarantee the greater scientific objective and the equality and the horizontality of the cooperation."

US and UN officials have told the AP that Brazil has so far probably shared fewer than 20 samples when experts say hundreds or thousands of samples are needed to track the virus' evolution and develop accurate diagnostics and effective drugs and vaccines. Many countries' national laboratories are relying on older strains from outbreaks in the Pacific and Africa, the AP found.

After the story's publication, the World Health Organization sent out a flurry of messages acknowledging that existence of a "data gap."

"Given the complexity of unanswered questions on Zika & (associated) disease, our goal is to encourage all researchers to share their data ASAP," the WHO said on Twitter. "Rapid data sharing is critical during an unfolding health emergency."

The number and precise nature of the samples was not made explicit. It was also unclear under what conditions the Brazilian viruses were being shared.

"One crucial question is whether the bilateral sharing comes with any strings attached," said Lawrence Gostin, a global health law expert at Georgetown University. In an email, he said countries would likely be reluctant to share samples freely without agreements to ensure they wouldn't be frozen out of any resulting products from their viruses, like drugs and vaccines.

Zika was discovered in a Ugandan forest in 1947; until last year, the virus had never caused serious disease. It has now spread to more than 20 countries.

Many scientists say having access to current samples is critical to figuring out whether it is mutating into a more transmissible or dangerous form. With so many unknowns about Zika, researchers are keen to sequence the virus to see if it has evolved into a form capable of causing microcephaly, or an abnormally small head in infants.

The AP's revelation that Brazil was not sharing many virus samples came as a surprise to several senior scientists, including officials at WHO and elsewhere. Dr. David Heymann, chair of WHO's Zika emergency committee, said that virus-sharing was not discussed during the hours-long crisis meeting on Monday.

"Virus-sharing was not mentioned as an issue of concern," he said.

CDC Director Dr. Tom Frieden said his agency has found the Brazilian government to be open and transparent.

"There are challenges with specimen sharing, but they have not undermined our response at this point," he said.

Some were dismissive even after the AP's report was published. When asked Thursday about the importance of sharing samples, senior WHO official Dr. Sylvie Briand said that obtaining the latest strains wasn't critical because the mosquito-borne virus had not mutated.

Shortly afterward, WHO said that breaking the logjam over sharing was a top priority.

"Deficiencies (with) existing data-sharing mechanisms (have) brought the question of data access to the forefront of the global health agenda," the UN health agency said in a tweet.