Bodies Of Fallen Ukrainian Soldiers From Mariupol Handed Over To Kyiv

Ukrainian forces defending Mariupol were holed up in the Azovstal steelworks for weeks as Russian forces tried to capture the city. 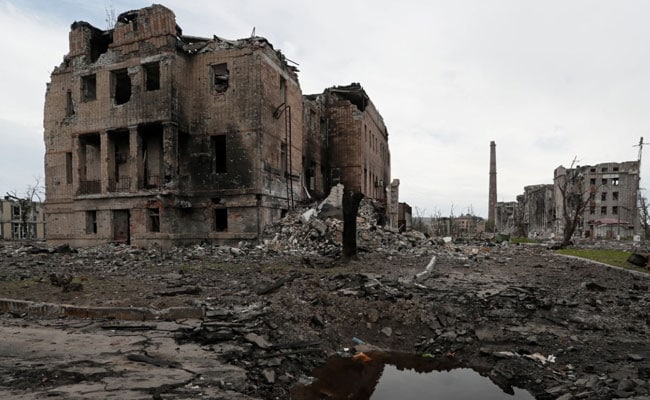 The Azovstal steel plant in the southern port city of Mariupol was destroyed during the war.

The bodies of some Ukrainian fighters killed defending the city of Mariupol from Russian forces at a vast steel works have been handed over to Kyiv, the families of Ukraine's Azov unit of the national guard said.

Ukrainian forces defending Mariupol were holed up in the Azovstal steelworks for weeks as Russian forces tried to capture the city.

The Ukrainian soldiers eventually surrendered last month and were taken into custody by Russian forces.