Roman Busargin, governor of the Saratov region further to the southeast, reassured residents after what he called reports on social media of a "loud bang and a flash" at the region's Engels air base. 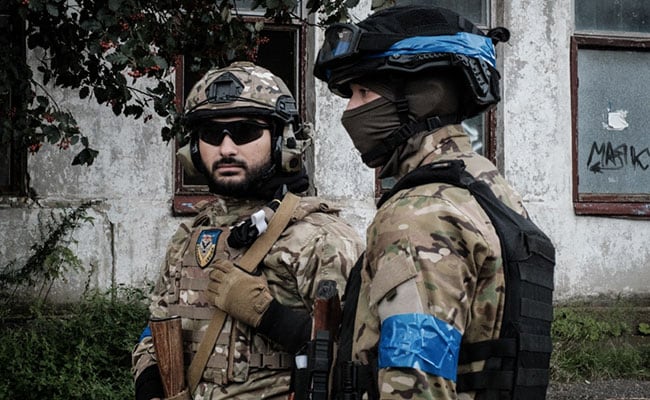 Three people were killed when a fuel tanker exploded at a Russian air base. (Representational)

Three people were killed when a fuel tanker exploded at a Russian air base on Monday, a state news agency said, and a regional governor acknowledged reports of a blast at a separate base housing bombers that are part of Russia's strategic nuclear forces.

State-owned RIA news agency said six others were injured in the tanker explosion in Ryazan, 185 km (115 miles) southeast of Moscow.

Roman Busargin, governor of the Saratov region further to the southeast, reassured residents after what he called reports on social media of a "loud bang and a flash" at the region's Engels air base.

"I want to assure you that no emergencies occurred in the residential areas of the city. There are no reasons for concern. No civilian infrastructure was damaged," Mr Busargin wrote on Telegram.

"Information about incidents at military facilities is being checked by law enforcement agencies."

The Engels base is about 730 km (455 miles) southeast of Moscow. It is one of two strategic bomber bases housing Russia's air-delivered nuclear capability, the other being in Amur region in the Russian Far East.

Russia has 60 to 70 strategic bomber planes of two types: the Tu-95MS Bear and the Tu-160 Blackjack. Both are capable of carrying nuclear bombs and nuclear-armed cruise missiles.

Ryazan and Saratov are both hundreds of miles from Ukraine, where Russia's invasion is well into its 10th month and Russia launched a new round of missile attacks on Monday.

Asked about the incidents, Kremlin spokesman Dmitry Peskov said: "I don't have that information. I've just seen the media reports, but don't have specific information. I can't comment. I recommend you contact the defence ministry."

Asked if President Vladimir Putin was aware of the incidents, he said: "Certainly. The president regularly receives all relevant information from relevant services."

Presidential adviser Mykhailo Podolyak wrote on Twitter: "If something is launched into other countries' airspace, sooner or later unknown flying objects will return to (their) departure point."

Ukraine has previously demonstrated the ability to strike strategic Russian targets far beyond the 1,100 km-long front line in south and eastern Ukraine.

In August, at least seven Russian warplanes were destroyed by explosions at a Russian airbase on the southwest coast of Russian-annexed Crimea.

Ukraine did not publicly claim responsibility for that, or for a spate of explosions at sites such as weapons stores and fuel depots in Russian regions close to the border with Ukraine. It has said, however, that such incidents are "karma" for Russia's invasion.