Interior ministry spokesman Tareq Arian said initial reports showed two people had been killed and another 12 wounded in the blast. 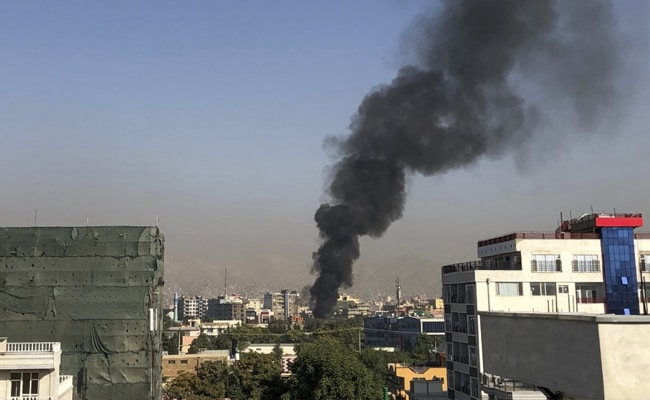 Amrullah Saleh, who is the senior of Afghanistan's two vice presidents, was not harmed.

At least two people were killed and a dozen more wounded in an explosion targeting the convoy of Afghanistan's vice president Amrullah Saleh in central Kabul early Wednesday, officials said.

Saleh, who is the senior of Afghanistan's two vice presidents, was not harmed.

"This terrorist attack has failed and Saleh is safe and fine," said Razwan Murad, the head of Saleh's media office.

Interior ministry spokesman Tareq Arian said initial reports showed two people had been killed and another 12 wounded in the blast.

Speaking on condition of anonymity, one of Saleh's aides told AFP that a suicide bomber had targeted Saleh's convoy as he left his home and was headed to work.

Abdullah, a shopkeeper who gave only one name, said the blast had blown out his windows.

"A shop that sold gas cylinders also caught fire, causing the cylinders to blow up," he said.

Saleh, an outspoken critic of the Taliban, survived an attack last year ahead of presidential elections.

At least 20 people -- most of them civilians -- were killed and 50 others wounded when a suicide attacker and gunmen targeted Saleh's Kabul office.

Wednesday's attack comes as Afghan negotiators and the Taliban are expected to begin peace talks soon in the Qatari capital of Doha.