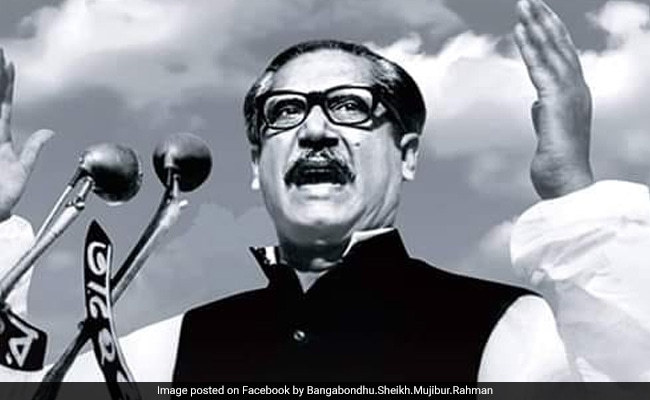 An arrest report will be sent to the court which originally tried Bangabandhu's killers. (FILE)

A former Bangladeshi military captain, who was convicted for killing the country's founder Bangabandhu Sheikh Mujibur Rahman, was arrested by the police in Dhaka today.

Majed was one of the six absconding ex-Army officers who were handed down capital punishment after their trial in absentia.

Minister Kamal said previous reports indicated Majed was hiding in India and he was arrested from Dhaka upon his return.

The minister said Majed, a "self-confessed killer", was not only involved in Bangabandhu's killing on August 15, 1975 at his private Dhanmandi residence but was also involved in the subsequent murder of four national leaders in high security Dhaka Central Jail on November 3 in 1975.

Majed's predawn arrest was led by the Counter Terrorism and Transnational Crime (CTTC) unit of the police in Mirpur based on a tip-off.

"Majed was near a shrine in Mirpur when policemen arrested him," an official said.

After the arrest, a magistrate court sent the sacked Army captain to jail. Majed appeared in the Old Dhaka Court Complex wearing white pajamas and pants. He was handcuffed with a bulletproof police jacket and helmet.

"Majed was brought to the court at around 12.15 pm. Dhaka Metropolitan Magistrate A M Zulfikar Hayat passed his order at 12.55 pm asking the police to send him to jail," a police officer said.

Assistant Public Prosecutor Hemayet Uddin said Majed told the court that he was hiding in India and returned home recently.

Majed was not allowed to give any statement as according to the law convicts do not have the right to do so at this stage of legal proceedings.

Legal experts said a report on his arrest would now be sent to the Dhaka District Judge's Court, which originally tried the killers of Bangabandhu.

"The stipulated time for appeal against death penalty expired long ago. Majed now can just seek Presidential mercy unless the Supreme Court decides to consider any plea on his part," a Supreme Court lawyer said.

Twelve ex-military officers were sentenced to death for the August 15, 1975 killing of Father of the Nation Bangabandhu Sheikh Mujibur Rahman along with most of his family members and five of them were executed in 2010 while one died of natural causes.

The five were hanged at Dhaka Central Jail on January 28, 2010, after protracted legal procedure. The trial process began in 1996 when an indemnity law was scrapped as it was protecting the assassins.

Huda was extradited from Thailand and Lancer Mohiuddin was sent back from the United States after the then district judge Golam Rasul delivered the judgment.

Majed was one of the remaining fugitives believed to be hiding abroad with no confirmed whereabouts.

The fugitives include key mastermind of the August 15, 1975 coup ex-lieutenant Colonel Abdur Rashid.

After the August 15, 1975 carnage, Majed was rehabilitated in civil service during the subsequent regime of former military dictator-turned politician Ziaur Rahman as an ex-cadre official and posted as the director of National Savings Department.

He fled the country while serving later in the finance ministry along with most of the other 1975 coup plotters as the 1996 general elections brought Awami League back to power which vowed bring justice to the killers of Bangabandhu.