Photographer Clicks Pic Of Couple Kissing In Rain. He Was Thrashed, Fired

Many on social media reacted positively to the photo's moment of unselfconscious joy - something rare these days on the campus where it was taken, the University of Dhaka, roiled by protests and violent incidents in recent months. 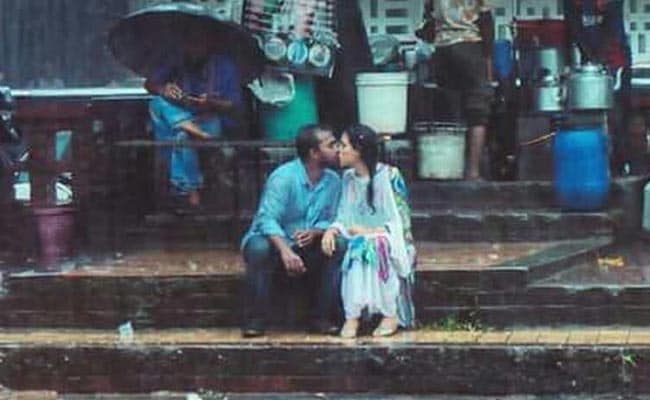 Image was posted by Jibon Ahmed, who later deleted the post.

The photo - a dreamy scene of two lovers kissing in the monsoon rain - went viral in Bangladesh almost immediately after photojournalist Jibon Ahmed posted it on his Facebook page Monday.

Many on social media reacted positively to the photo's moment of unselfconscious joy - something rare these days on the campus where it was taken, the University of Dhaka, roiled by protests and violent incidents in recent months. Three conservative students were suspended this month for allegedly assaulting two students for holding hands.

But others in Bangladesh - a majority-Muslim country where extremism is deepening - thought the photo was indecent.

According to the Bangladesh News 18 website, one conservative blogger wrote: "Lovers are getting more audacious by the day. Earlier these things were done in secret. Now they are doing it in broad daylight. The day is not far when they will be making love in public."

Ahmed - who said the couple did not object to the photograph, taken on a public street - said he will not tolerate being a victim of moral policing, telling the website that a "twisted sense of morality cannot dictate an artist's work."

He said in an interview with The Washington Post that he was scouting for photographs near the teacher-student center at the university Monday when he saw a couple "lip kissing" in the rain, a moment that filled him with delight. He captured the moment in one click and sent it to his newsroom but was disappointed when his editors decided not to run the photo, saying it would prompt a negative response.

"I said, no, you cannot portray this photo negatively, because I found it a symbol of pure love," said Ahmed, 30. He later posted it on his Instagram and Facebook accounts, where in an hour it had been shared 5,000 times.

The next day, he said, some of his fellow photographers roughed him up, and on Wednesday, his boss asked him to turn in his ID and laptop, without giving him a reason.

But his editor said that when Ahmed told his employers about the attack, they supported him and vowed to take legal action.

"The attack was not related to the professional duties. These attacks were the result of his personal transactions," Khujista Nur-e-Naharin, editor of the news portal Purboposhchimbd, wrote in an email to The Post. The editor said Ahmed did not come to a meeting to discuss the attack further and has been "absent from office from 24th July."

"Everyone at the editorial level congratulates him for taking this picture," the editor wrote.

Ahmed said he was "disheartened" at how the matter was handled.

"The couple had a spontaneous lip kiss; I found nothing wrong in them or no obscenity," Ahmed said. "Of course I am disheartened. Some people in our country became educated only in papers, but they are not educated in a real sense. They failed to realize the underlying meaning of my photograph. I am also a bit worried about myself."

The incident came at a time when journalists are facing a wide range of threats in Bangladesh, Steven Butler, the Asia program coordinator for the Committee to Protect Journalists, wrote in a blog post this year. Those include militant attacks that "decimated a once-thriving community of bloggers," tough criminal defamation laws and a rising intolerance toward dissent by the governing Awami League party of Prime Minister Sheikh Hasina.

During such "suffocating" times, a photo of such "uninhibited innocence instills hope that all is not yet lost," special correspondent Tanim Ahmed wrote in an opinion piece about the controversy in the Dhaka Tribune this week, with the headline "Kissing liberty goodbye?"

"It is refreshing to think that even in these times," he wrote, "such people exist who have not given up on life or love or youth. It warms the heart."