The airline notes on its website that when passengers who travel with young children choose on the site where they want to sit, a "child icon" will be displayed on those spots on the seat selection screen. 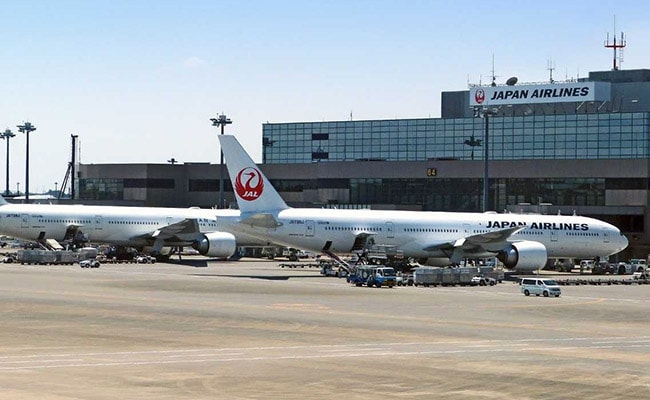 The child icon is listed under domestic flights on the website of Japan Airlines.

Some travelers would prefer to avoid sitting near a baby when they fly. Now, Japan Airlines has introduced a baby map to help.

The airline notes on its website that when passengers who travel with young children - those between the age of eight days and 2 years - choose on the site where they want to sit, a "child icon" will be displayed on those spots on the seat selection screen.

"This lets other passengers know a child may be sitting there," the website says on its "baby travel support service" section.

The feature came to light when traveler Rahat Ahmed took an image of the baby map and thanked the airline on Twitter.

"This really ought to be mandatory across the board," he wrote.

It's unclear when the carrier introduced the feature. Japan Airlines has not responded to questions about the origin of the child icon or which flights it is used on. It is listed under domestic flights on the website, along with information about child seats, strollers, changing tables and blanket rentals. The airline also warns that the icon will not be shown if seats are booked as part of a tour, using award tickets or by some method other than the airline's website.

It remains to be seen whether any other airlines offer the same type of guidance: "It's a new one for us, that's for sure," says Natalie Arney, spokeswoman for the online travel agency Alternative Airlines. "To have that when you're booking just, like, blows you away, really."

Her site offers a list of airlines that boast child-free zones, all of which are in Asia. They include the budget carriers AirAsia X, which sells a quiet zone where children under 10 are not allowed to sit, and Scoot, which advertises a "ScootinSilence" zone on its Boeing 787 Dreamliners. The Singapore-based carrier promises an "exclusive and silent cabin (no kids under 12 allowed here)" in the section.

"It's just being able to have somewhere quiet where you can sleep or where you can get on with your work and stay away from children," Arney says.

Tracy Stewart, content editor of TripAdvisor's family travel site Family Vacation Critic, said in an email that Japan Airlines' move was new and the first example he'd seen of an airline showing where a child would be sitting on a map. He said quiet zones were not likely to become a global trend.

"You'll likely never see something similar in the US for fear of backlash," he said.

(Except for the headline, this story has not been edited by NDTV staff and is published from a syndicated feed.)
Comments
Japan Airlinesbaby mapChild icon