Two women strangled the baby's mother, who was nine months pregnant, and cut the baby out of her. 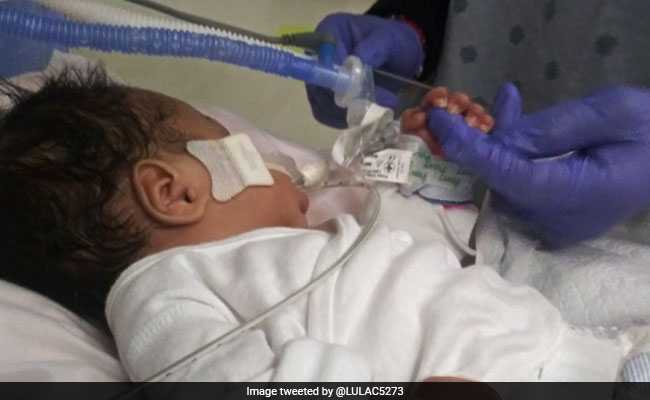 The baby had been hospitalized on life support and was considered brain dead.

A baby cut out of his murdered teenage mother's womb died Friday at a Chicago hospital of severe brain injury nearly two months after the attack, the family said.

Marlen Ochoa-Lopez, 19, was killed on April 23 by a Chicago woman and her daughter, who lured the expectant mother via a Facebook group to their home with the promise of free baby supplies.

Police say Clarisa Figueroa, 46, and her daughter Desiree, 24, strangled the teen, who was nine months pregnant, and cut the baby out of her.

The elder Figueroa allegedly claimed the baby as her own after calling for medical help because the child was not breathing.

The baby had been hospitalized on life support and was considered brain dead, according to the family.

"It is with great sadness that we inform you of the passing of baby Yovanny Jadiel Lopez," family spokeswoman Julie Contreras said in a Facebook post.

Police said they discovered Ochoa-Lopez's body hidden in a garbage can at Figueroa's home about three weeks after she went missing.

The two women suspects have been charged with the murder of Ochoa-Lopez and the aggravated battery of the baby.

Piotr Bobak, 40, whom police described as the elder Figueroa's boyfriend, was charged with concealing the murder.

"The baby was murdered," Avila said. "We're asking the prosecutor to bring murder charges against these three vicious, evil murderers and anybody else who helped them."

Ochoa-Lopez's family has said undocumented members of the Latino community in Chicago did not provide crucial information about the missing person's case because they feared speaking to police.

(Except for the headline, this story has not been edited by NDTV staff and is published from a syndicated feed.)
Comments
babybaby cut from mother's womb