Baby Born With "Permanent Smile" Due To Rare Condition

Ayla Summer Mucha was born in December. Her mother's ultrasound scans did not show the abnormally large mouth opening. 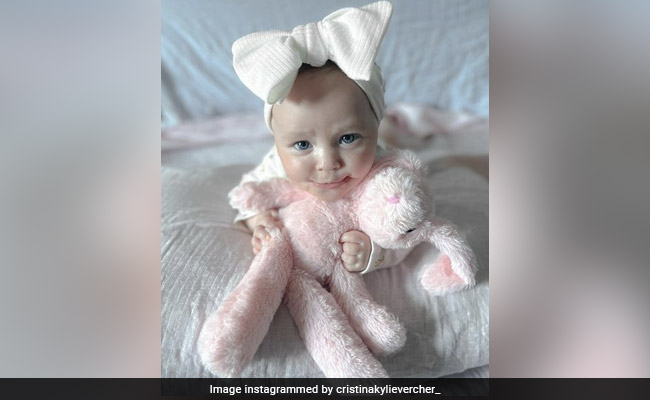 The parents of Ayla Summer Mucha are talking to doctors about a surgery to fix her wide smile.

A baby born with a rare congenital anomaly is putting the smile on the faces of millions on social media users. Ayla Summer Mucha, born in December 2021, was diagnosed with bilateral microstomia, an ultra-rare condition, which affects the aesthetics and function of the oral cavity.

This has given the baby a "permanent smile", which has made her a star on TikTok and Instagram.

Her parents Cristina Vercher, 21, and Blaize Mucha, 20, were given the news by the doctors in Australia, who said Ayla developed this condition in the womb.

"Blaize and I were not aware of this condition nor had I ever met someone born with a macrostomia. So it came as a huge shock," Ms Vercher was quoted as saying by the New York Post.

According to a 2007 study in Cleft Palate-Craniofacial Journal, only 14 cases around the world have been reported with the condition. But doctors at Flinders Medical Centre had seen it for the first time.

Ultrasound scans of Ms Vercher before she went for the caesarian also did not show the abnormally large mouth opening.

"All I could think about as a mother was where I went wrong, especially when I had been so pedantic throughout my entire pregnancy," she further told the Post.

But the doctors reassured the couple that it was not their fault.

Ayla's parents are talking to doctors about a surgery to fix her wide smile as she may not be able to latch or suckle. On Instagram, they spread awareness about the condition and share their experiences.

The surgery has been advised by the doctors to help ensure Ayla has a functioning mouth as she grows older.