In response to her protest to recognize aboriginal citizens, Harper Nielsen has been called a 'brat' and 'disrespectful' by adults. 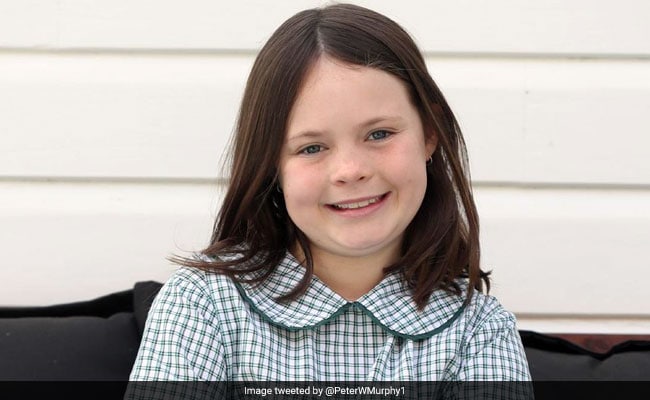 Harper Nielsen refused to stand out of recognition of the nation's aboriginal population, she said.

Harper Nielsen has become a target of nationwide condemnation from lawmakers for remaining seated during the Australian national anthem.

She disrespected the troops, one lawmaker said.

Her state senator, who said she was "brainwashed," offered to give her "a kick up the backside."

She refused to stand out of recognition of the nation's aboriginal population, she said, suggesting the country does not represent their interests in the same way it does white Australians. Harper was given detention at Kenmore South State School, and her parents said she had been threatened with suspension, though school officials deny the threat.

Harper's protest is an echo of former NFL quarterback Colin Kaepernick kneeling to protest police brutality. He originally sat during the national anthem.

"When it says 'Advance Australia Fair,' it means advance the white people," Harper told 9 News, describing the anthem's lyrics. "And when it says 'we are young' it completely disregards the indigenous Australians who were here before us for 50,000 years."

The incident and remarks drew criticism from politicians, including former prime minister Tony Abbott, who suggested it signals "good manners" to stand while the anthem plays.

Australia's indigenous population of 2 million is plagued with higher unemployment than the general population, a lower life expectancy by a decade and higher rates of suicide, obesity and alcoholism.

Queensland Sen. Pauline Hanson, a far right nationalist politician who represents Harper's state, has long been critical of extending resources to indigenous Australians. She took to social media to express her outrage - and blame Harper's parents.

"It's about who we are as a nation, it's part of us," Hanson said in a video Wednesday. "Here we have a kid who's been brainwashed. And I'll tell you what, I'd give her a kick up the backside."

Jarrod Bleijie, a shadow education minister and member of the Queensland Parliament, accused Harper's parents of using their daughter as a "political pawn" and urged her to stop the protest.

In a statement, the Queensland Department of Education said it was inclusive and supported different points of view, but denied that Harper had been threatened with suspension or expulsion for her protest.

"The school has been respectful of the student's wishes and has provided other alternatives including remaining outside the hall or not singing during the national anthem," the department said.

"We were surprised behavior such as a passive nonparticipation might be considered in the same realm as something like bringing a knife to school or being violent toward others," Miller said.