At Night She Suffered Through Searing Pain, By Morning It Mysteriously Vanished

Tests and scans revealed that Marion Millhouse Barker had a Schwannomas, a tumor arising from nerve cells called Schwann. 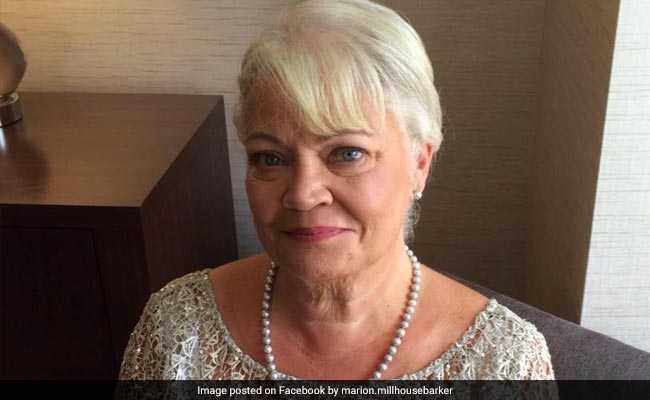 Although the rib pain vanished quickly, recovery from the operation took more than a year for Barker.

On nights that the pain became unbearable, Marion Millhouse Barker would get out of bed, head for the guest room, shut the door and scream as loud as she could.

"It helped," said Barker, recalling the strategies she devised to cope with the stabbing sensation on the right side of her rib cage that left her doubled over. "I have a high pain tolerance," she said, but this pain proved to be more excruciating than unmedicated childbirth or acute appendicitis.

On other nights, Barker headed for the shower. She aimed the pulsating spray of water, as hot as she could stand it, at the locus of her pain. Like the screaming, it brought temporary relief.

For nearly two years, Barker, now 65, lived with the attacks, which were initially intermittent. At the time, her family was coping with a series of medical crises that took precedence.

But tolerating the pain became an impossibility when the episodes increased from once a month to nearly every night; oddly, it never struck in the daytime.

"If the pain hadn't gone away during the day, I would have gone back to the doctor much sooner," she said. "It's too bad I waited so long."

Her problem began in the fall of 2012, a year after Barker sold the suburban Maryland medical communications firm she co-founded and decided to retire.

Barker had been doing a lot of kayaking to stay in shape. When her rib cage began to hurt, she suspected she had pulled a muscle and tried to take it easy.

In January 2013, when the pain hadn't gone away, she consulted her internist. The doctor ordered a chest X-ray, an ultrasound of Barker's gallbladder and a liver test. All were normal.

"Unfortunately," Barker said, the doctor "didn't order the test that would have allowed the problem to be correctly diagnosed."

The internist told Barker she suspected that the pain was the result of costochondritis, an inflammation of the cartilage in her rib cage, probably related to kayaking. The doctor advised that she take a prescription-strength nonsteroidal painkiller to reduce inflammation.

It didn't help. A few months later, Barker switched primary-care practices and consulted a family medicine specialist. The new doctor agreed with the earlier diagnosis and prescribed an anti-inflammatory cream. That, too, proved useless.

For the next year or so, Barker coped with the pain on her own. She and her family were contending with more pressing problems. Barker's widowed father, who was in his 90s and lived alone in Richmond, Virginia, fell and broke his hip, which required surgery.

And one of Barker's stepdaughters was shuttling from her Pennsylvania home to a Boston hospital for treatment of the recurrent breast cancer that would prove fatal at age 40.

Barker, whose husband is a retired physician-researcher at the National Institutes of Health, decided to try various over-the-counter remedies, hoping she might hit on one that would vanquish her strange pain. She didn't go back to the doctor.

"I thought I had a diagnosis," she said, noting that the two physicians she had consulted ruled out something serious. She said she figured that a return visit would be "fruitless."

But Barker grew increasingly worried about the attacks, which left her wrung out and exhausted. They usually began around 7 p.m., then subsided after a few hours, sometimes recurring around 5 a.m. for a few hours before disappearing.

Her days were pain-free. Barker used some of the time to nap and compensate for her disrupted sleep.

"It was sporadic enough that I learned to live with it," she said. Barker was puzzled that during a 10-day family vacation in July 2014, "I didn't have one attack."

But a month later the episodes were back, and occurring nearly every night. Neither the screaming, nor the shower remedy nor the cocktail of over-the-counter painkillers worked.

Once while driving back from a visit to her father in Richmond, she briefly fell asleep on Interstate 95 in the middle of the day. The incident freaked her out. "I'm so glad I didn't have an accident," she said.

Over Labor Day, when her brother, a San Francisco cardiologist was visiting, Barker asked his advice. He told her that the pain in her side might be emanating not from her rib cage but from her back, possibly her upper spine. Its sharp quality was suggestive of nerve pain, not inflammation, he said. And the pain relievers she had been taking for months don't work for nerve pain.

His advice: Get an MRI scan.

A few weeks later, Barker returned to her primary-care doctor. She recounted her continuing symptoms and relayed her brother's observations. The doctor ordered two tests: an MRI and a CT scan of her spine.

The tests revealed the cause of Barker's pain: A large tumor, roughly the size and shape of a small cocktail frank, was lodged inside her spinal canal. It was pressing on the T6 vertebra, located below the shoulder blade.

To help determine whether the tumor was benign or malignant, Barker underwent an MRI of her brain.

"I wasn't scared," she recalled. "I didn't feel it was in my brain. I didn't have any headaches, changes in vision or balance problems," which can be signs of a brain tumor.

Her brain scan was clear.

Barker's family physician referred her to a pair of neurosurgeons, Shih-Chun "David" Lin and Quoc-Anh Thai, who performed spinal surgery together at Suburban Hospital in Bethesda. (Thai recently left for a job in Arkansas.)

"Usually you don't want two cooks in the kitchen," said Lin, Washington-area division chief of Johns Hopkins neurosurgery. But in the case of spine surgery, he continued, an additional pair of hands and eyes can be invaluable.

"You're working in a sensitive area with very little space" and the potential for catastrophe, said Lin, who is also an assistant professor of neurosurgery at Hopkins's medical school. Having two surgeons positioned on either side of a patient helps expedite surgery and minimizes the chance of complications.

Schwannomas arise from nerve cells called Schwann cells, which are part of the peripheral nervous system. In most cases they occur by chance for unknown reasons and can develop anywhere in the body. Some never cause problems, but in other cases radiating pain of the kind Barker experienced can occur, as can hearing loss if the tumor is located in the head or neck.

"This kind of tumor is not that common overall," said Lin. Surgeons must weigh the risks and benefits of removing the tumor, which can be tricky.

Barker was both surprised and relieved by the news. More than two decades earlier, her mother had undergone surgery to remove a schwannoma on her neck. Lin said he did not believe that Barker's tumor had a genetic cause because it was a single mass. (Hereditary schwannomas usually occur in multiples.)

Lin said there is no known reason that Barker's pain occurred only at night, not in the daytime. "Sometimes it's the opposite," he said.

Barker said that the surgeons recommended operating "sooner rather than later" because of the severity of her pain and because they worried that if left too long, it could affect her legs, causing paralysis.

Then, Barker said, "I made a stupid decision."

Her family was coming for Thanksgiving, and Barker worried she would be immobile after surgery. When the surgeons told her it wasn't an emergency, she scheduled her operation for early December.

But in the intervening weeks, Barker's pain intensified and her ability to walk began to be affected.

She also grew increasingly nervous about something the surgeons had told her: Sometimes, even after the tumor is removed, the pain doesn't go away.

"I just couldn't believe that," she said. "I remember saying to my husband that I can't keep doing this if it doesn't get better."

Luckily for Barker, it did. Her operation, which was supposed to take several hours, lasted only 90 minutes because the tumor was relatively easy to remove. "It was encapsulated," Lin said, "not stuck to the spinal cord."

"It literally popped out," said Barker, who months later watched a video of her operation that the surgeons made as a tool to teach medical students. "It was elegant, really."

Although the rib pain vanished quickly, recovery from the operation took more than a year. Barker also needed three months of physical therapy to regain her ability to walk normally. She has fully recovered.

Her advice to others facing prolonged unexplained pain - particularly if it is severe - is simple: Don't do what I did.

Promoted
Listen to the latest songs, only on JioSaavn.com
"Now that I can stand back," she said, "I can see it was an issue that was relatively easily fixed. I think waiting so long [to return to a doctor] was a big mistake."


(This story has not been edited by NDTV staff and is auto-generated from a syndicated feed.)
Comments
Schwannomas