At Least 60 Feared Dead In Zimbabwe Gold Mine Flood: Government

Between 60-70 miners were in the two shafts when they were flooded on Tuesday, Local Government Minister July Moyo said. 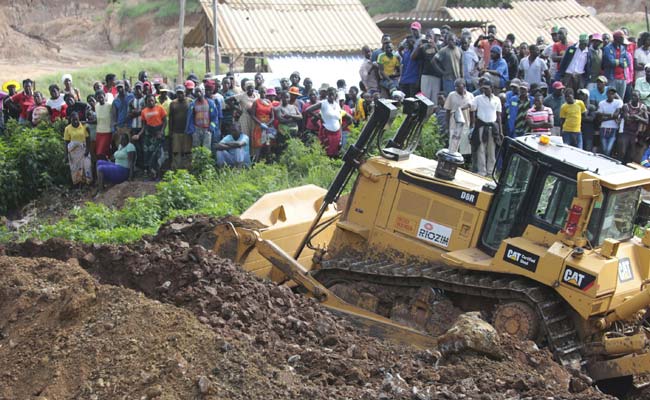 Zimbabwe President had declared a "state of disaster": Officials.

At least 60 illegal gold miners were missing feared dead in Zimbabwe on Friday after water flooded two disused shafts in a mining town southwest of Harare, a government minister said.

Between 60-70 miners were in the two shafts when they were flooded on Tuesday, Local Government Minister July Moyo said.

President Emmerson Mnangagwa, had declared a "state of disaster", he added.

A government mining engineer, Michael Munodawafa, told AFP outside the mine, 145 kilometres (90 miles) southwest of the capital, that "hope of finding anyone alive is very slim since it happened Tuesday night into Wednesday morning. It's almost over 24 hours".

Moyo said "frantic efforts were being made to pump out water from the flooded shafts before retrieval of the victims".

The government has launched an appeal for $200,000 to be used "to pump out water, feeding the bereaved families and the (rescue) teams on the ground, transportation and burial of the victims", he said.

"Given the magnitude of this disaster, we kindly appeal to individuals, development partners and the corporate world for assistance in cash and kind," he said.

Zimbabwe is the throws of a deep economic crisis, the worst in a decade.

(Except for the headline, this story has not been edited by NDTV staff and is published from a syndicated feed.)
Comments
ZimbabweZimbabwe mine