The videos first emerged on Thursday, showing two helicopters taking off from the Kremlin, the official residence of the Russian leader in the heart of Moscow. 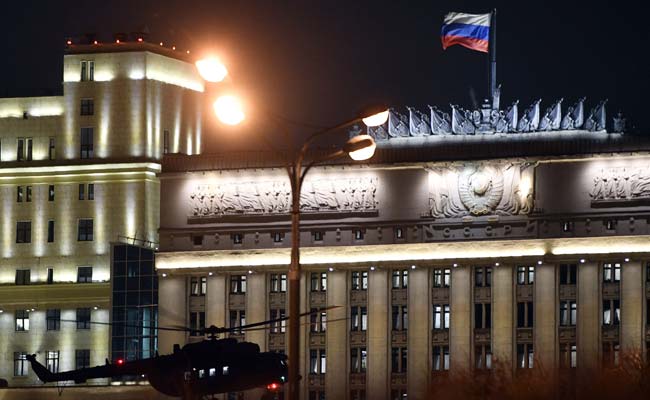 The choppers was a platform carrying a group of masked, heavily armed men in fatigues.

Was it a movie shoot? A coup? Moscow was abuzz Friday with talk of mysterious videos showing helicopters flying above the Kremlin, one of them apparently carrying a group of heavily armed men.

"I can confirm that drills have taken place," Peskov said in his regular briefing. "There's nothing extraordinary about it."

"While most of the residence is open to the public it is still a facility with restricted access, so the holding of such drills is standard practice."

The videos first emerged on Thursday, showing two helicopters taking off from the Kremlin, the official residence of the Russian leader in the heart of Moscow.

Suspended under one of the choppers was a platform carrying a group of masked, heavily armed men in fatigues.

"Helicopters are flying above the Kremlin," said one Russian, Artyom Klyushin, on Twitter. "We are trying to guess what kind of load it is."

News agency Interfax, citing informed sources, said the flight was part of what would become regular drills by security services in the centre of Moscow.

Peskov referred all further questions to the Federal Guard Service that protects the Russian leader.

The service described the flights as one of its planned drills, indicating that more would follow.

"This stage of the drills went as planned," spokesman Alexander Ryaskov told AFP.

The video footage, which was broadcast on national television on Friday, sparked bewilderment and set social media alight.

"Most likely, emergency drills for an attack on the Kremlin scenario," one commentator said on Twitter.

Where Is Zhang Gaoli? Chinese Politician Accused By Tennis Star Peng Shuai Keeps Out Of Sight