Archeologists have discovered a tooth in Georgia belonging to an early species of human believed to be 1.8 million years old. 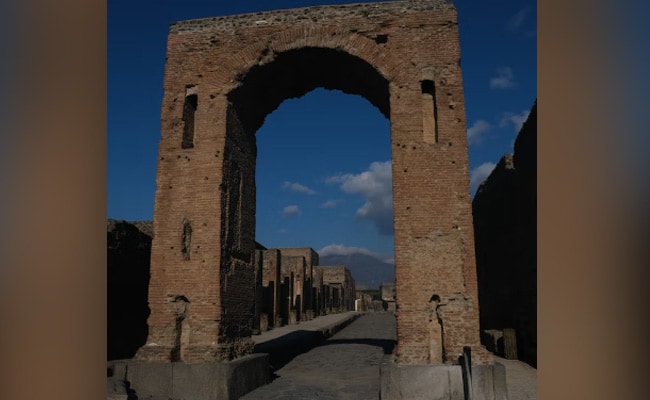 The digging at Orozmani was started by Mr Kopaliani and his team in 2019. (Representational Photo)

Archeologists have discovered a tooth in Georgia belonging to an early species of human believed to be 1.8 million years old. This discovery was made last week by a research student near a digging site at the village Orozmani, 100 kilometres southwest of capital Tbilisi. The tooth is one of the oldest signs of hominids discovered outside of Africa, according to a report in USA Today.

The village Orozmani is close to Dmanisi, where human skulls with ages as ancient as 1.8 million years ago were discovered in the late 1990s and early 2000s, reported The Guardian.

The digging at Orozmani was started by Mr Kopaliani and his team in 2019 but it was stopped in between because of COVID-19 pandemic in 2020. The team started digging again last year and since then has discovered prehistoric stone tools and relics of extinct species like saber-toothed cats and Etruscan wolves so far.

According to Mr Kopaliani, the tooth discovered last week is one of the oldest evidences of the early human species found outside of Africa, the outlet further reported.

In addition to continuing to excavate the Orozmani site for another week, the team, directed by fellow archaeologist Giorgi Bidzinashvili, aims to expand both the crew and the dig area in the future.

"Based on this tooth, the information we get from this site and its close proximity to Dmanisi site, now we ... can talk about the population of the hominins in this area," said Mr Kopaliani. "There is a lot to work on, still. There is a lot to study," he added.