Amid Growing Calls To Drop Out, Trump Vows To 'Never Withdraw' 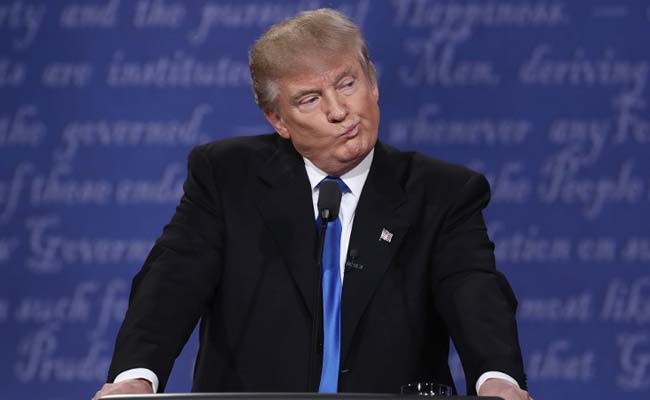 Donald Trump was seen making lewd comments about women in a 2005 video.

Republican presidential nominee Donald Trump said in an interview Saturday that he would not drop out of the race under any circumstances, following calls from several in his party to do so.

"I'd never withdraw. I've never withdrawn in my life," Trump told The Washington Post in a phone call from his home in Trump Tower in New York. "No, I'm not quitting this race. I have tremendous support."

"Running against her," Democratic nominee Hillary Clinton, makes keeping the party behind him easier, Trump added.

"It's because she's so bad. She's so flawed as a candidate. Running against her, I can't say it'd be the same if I ran against someone else, but running against her makes it a lot easier, that's for sure."

Trump's comments came less than 24 hours after The Post published a video Friday where Trump bragged in vulgar terms about kissing, groping and trying to have sex with women during a 2005 conversation caught on a hot microphone.

Trump acknowledged that the video has consumed the presidential race - "it certainly has" - but he said he has endured past controversies, not only during his 2016 bid but during his career.

"I've been here before, I'll tell ya, in life," Trump said. "I understand life and how you make it through. You go through things. I've been through many. It's called life. And it's always interesting."

Trump said "thousands and thousands" of backers have sent him letters and emails since the Post's story was published. "You have no idea what it's like," he said. "So many people."

Trump pointed to his disparagement of Sen. John McCain, R-Ariz., during the early months of last year's Republican primary campaign as an example of how he has weathered political storms.

"Everyone said, 'It's over, it's over.' The people didn't say that but the reporters said that," Trump said. When asked to explain his ability in the past to survive, Trump said it's because "I'm change."

Trump said he met with his advisers and family Friday night at Trump Tower and agreed to record a video response.

Trump said he may make a speech or remarks on Saturday evening, perhaps in a suburb of New York City, as a way of encouraging his supporters.

"That's what I'm thinking about," he said. "We'll see."
Trump insisted, again, that any possible speech would not be a departure from the race.

"Forget that," Trump said dismissively of the suggestion. "That's not my deal."