The Google co-founders, who announced on Tuesday they were stepping down from day-to-day management of parent Alphabet Inc., added more than $800 million each to their net worth as of 10 am in New York, after the firm's shares rose 1.5%. 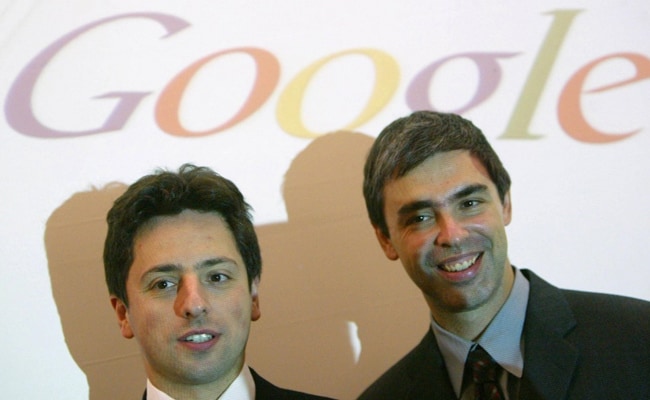 Google co-founders Larry Page, Sergey Brin announced that they were stepping down from Alphabet Inc

Larry Page and Sergey Brin just got a $1.7 billion retirement gift from investors.

The Google co-founders, who announced on Tuesday they were stepping down from day-to-day management of parent Alphabet Inc., added more than $800 million each to their net worth as of 10 am in New York, after the firm's shares rose 1.5%.

They each own about 6% of the internet giant and still control Alphabet through special voting shares.

The gains come as investors welcome Sundar Pichai's elevation to chief executive officer of Alphabet, replacing Page in the role. It means the three most valuable U.S. tech firms no longer have a founder at the helm.

Like Apple Inc.'s Tim Cook and Microsoft Corp.'s Satya Nadella, Pichai is a long-time lieutenant who steadily worked his way up the corporate ladder.

More than 15 years after he joined the Mountain View-based company he's replacing Page in the top job. Brin is stepping down as president, leaving Pichai as undisputed leader.

The shift reflects Google's accession into corporate middle age. Started in a California garage by Brin and Page in 1998, the firm had revenue of $137 billion in 2018 and today boasts a market value of $893 billion. That's behind only Apple and Microsoft on the S&P 500 Index.

Other Silicon Valley giants are also founder free. Larry Ellison's Oracle Corp. is headed by Safra Catz, while some younger companies -- such as Uber Technologies Inc. and We Co. -- have turned to outsiders amid turmoil.

There are some notable exceptions. Jeff Bezos and Mark Zuckerberg are still at the helm of Amazon.com Inc. and Facebook Inc. respectively, which are the fourth- and fifth-largest U.S. companies by market value.

Such a transition has proved to be a boon for Apple and Microsoft. The iPhone maker's shares have risen by more than 400% since Cook took the helm in August 2011 and Microsoft has quadrupled on Nadella's watch.

Since 2015, Pichai has served as CEO of Google, by far the company's biggest division. During his time in that job, Alphabet's shares doubled in price even as the company wrestled with increased scrutiny from regulators and lawmakers.

Their success has placed the trio among America's richest executives. Each are worth hundreds of millions of dollars thanks to stock awards they've received.

Pichai, 47, is in an unusual position for a top executive. Unlike Cook and Nadella, who stand fourth and sixth on Bloomberg's executive pay ranking, almost all of Pichai's stock awards have vested, filings show.

The Alphabet board will likely move to rectify this discrepancy. But however they decide to compensate Pichai, he'll still lag far behind the wealth accrued by Brin and Page. The pair have a combined net worth of $125 billion, according to the Bloomberg Billionaires Index.