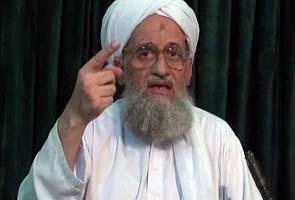 Dubai: Al Qaeda leader Ayman al-Zawahiri has urged Muslims to avenge the burning of copies of the Quran on a US base in Afghanistan earlier this year, dismissing apologies for the incident as a "ridiculous farce".

Zawahiri, who took up the reins of Al Qaeda after the killing of Osama bin Laden in Pakistan just over a year ago, said Muslims should kill those responsible for desecrating their holy book and Afghan lands.

"Once again, the crusaders burned the holy Quran, in Kabul," said Zawahiri in the short audio message posted on Islamist Internet forums.

"After each of their numerous crimes they pretend to be sorry and claim they will investigate what happened. That is the ridiculous farce Obama and his defence minister repeated this time as well."

The authenticity of the recording, which did not have an exact date, could not immediately be verified, but the speaker sounded like Zawahiri in previous messages.

"Kill those aggressors who occupied your country, stole your wealth, violated your honour and attacked your Quran and your prophet, peace be upon him," Zawahiri added.

President Barack Obama apologised for the burning of the Quran in February, which sparked violent protests and frayed already tense US-Afghan ties.

Promoted
Listen to the latest songs, only on JioSaavn.com
US Defence Secretary Leon Panetta also expressed regret for the "inappropriate treatment" of Islam's holy book.

In February, a tape of Zawahiri was released in which he said US decisions to cut its defence budget and engage with the Afghan Taliban were signals of a decline in Washington's power.
© Thomson Reuters 2012