AIDS Epidemic Can End by 2030: UNAIDS 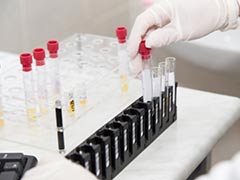 Geneva: The AIDS epidemic can end by 2030, the UN said on Tuesday, highlighting the global response that has averted 30 million new HIV infections worldwide in the last 15 years including in India, which ranks among the top five worst affected countries.

"As of March 2015, 15 million people are receiving life-saving HIV treatment... The ambitious target of reaching 15 million set by member states in 2011 has been met. And with this achievement we have averted nearly 8 million AIDS-related deaths since the year 2000," said Peter Ghys, Director of Strategic information and Evaluation, UNAIDS.

"The world has achieved a 35 per cent decrease in new HIV infections between 2000 and 2014. By 2014, new infections had been significantly reduced or had not increased in 83 countries.

"Also, the top five countries that have the highest HIV burden have all reversed their HIV epidemics, this includes, South Africa, India, Mozambique, Nigeria and Zimbabwe," said Mr Ghys.

New infections in sub Saharan Africa ? the region most affected by HIV/AIDS epidemic - has reduced by 41 per cent over the last 15 years.

"The world has delivered on halting and reversing the AIDS epidemic," said UN chief Ban Ki-moon.

"Now we must commit to ending the AIDS epidemic," he said launching the report in Addis Ababa.

"The world is on track to meet the investment target of USD 22 billion for the AIDS response by 2015 and that concerted action over the next five years can end the AIDS epidemic by 2030," the report said.

Ending AIDS epidemic has been defined as ensuring that 90 per cent of all people living with HIV are aware of their status and 90 per cent of those diagnosed with HIV receive anti-retroviral therapy.

AIDS-related deaths have fallen by 42 per cent since 2004 ? the year that saw the largest number of deaths in the history of the epidemic.

However, there are around 22 million people living with HIV who are still not on anti-retroviral treatment (ART).