Ahead Of Polls, Sikhs In France Are Worried 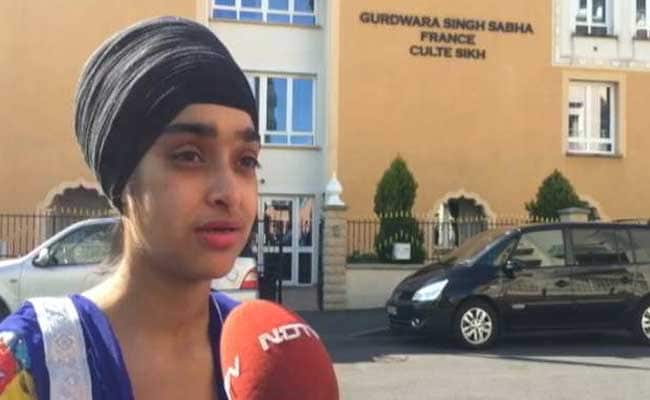 Many Sikh families think they will have to leave France if Le Pen comes to power.

Paris: Extreme right wing leader Marine Le Pen is one of the two top contenders in the French Presidential elections. The first round of voting is due Sunday.

The European refugee crisis and the recent terror attacks in France have given the far right leader just the fuel she needed. She has been rallying for a "Frexit' and wants to put an end to free border policy under Schengen.

Marine Le Pen's father had made it to the final round of Presidential elections in 2002. Jean Marie Le Pen had earned a reputation as a hardcore far right leader.

But Marine Le Pen fell out with him, expelled him from the party he had founded, toned down the rhetoric a bit and now has a strong appeal among French voters.

In her last public meeting in Paris before the Sunday polls, Le Pen declared that her first measure as President of the Republic would be to close France's borders.

There are many young voters among her supporters, including Florian Pecheux, 30, who is unemployed. "I expect Marine to put France into order by making people respect our values and traditions and restore a certain pride that we have lost."

Elisabeth, 45, a nurse tells NDTV, "She is the only one who will restore France's greatness. All these years of the right and left wing have put us in bad shape."

In a recent interview to American television, Le Pen said Sikhs living in France would not be allowed to wear turbans in public if she were to be elected.

Le Pen's advisor, Gilbert Collard, told NDTV, "We are in a secular country. In your home you live as you want. But in ours we live as we want. I absolutely respect the lifestyles of all countries but in France we have the right to live by French laws."

During the First World War, many Sikhs were among the 9,000 Indian troops who died fighting in France and Belgium on what was known as the "Western Front."

Promoted
Listen to the latest songs, only on JioSaavn.com
But today, the Sikh community is worried, says Talwinder Kaur, whose children were born in France. She says many families think they will have to leave France if Le Pen comes to power. "For me France will not be a welcoming country for Sikhs and any people who want to live his or her religion freely," she says.

Le Pen's says she wants to "restore order in France" and will "protect" the French against terror and economic ruin. But most of her critics consider her stance as openly racist and anti-Islam.