After Racist Troll Storm, US University Graduate Awarded Over $700,000

Taylor Dumpson in 2017 sued the founder and editor of the Daily Stormer, alleging he initiated a racist "troll storm" against her that made her fear for her life and disrupted her ability to pursue her education. 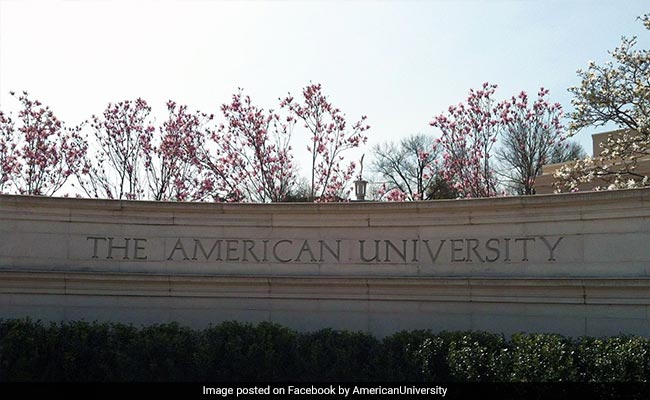 A federal judge on Friday awarded more than $700,000 to a former American University student government president who accused the founder of a well-known neo-Nazi website of directing his followers to threaten her with racist online messages.

Taylor Dumpson, the first black woman to serve as student government president at AU, in 2017 sued Andrew Anglin, the founder and editor of the Daily Stormer, alleging he initiated a racist "troll storm" against her that made her fear for her life and disrupted her ability to pursue her education.

Friday's decision, in the U.S. District Court for the District of Columbia, may mark the first time a court has ruled that racist online trolling activity can interfere with one's equal access to a public accommodation, according to Kristen Clarke, president and executive director of the Lawyers' Committee for Civil Rights Under Law, which represented Dumpson.

"We think that this essentially opens up a new avenue to attack the dangerous activities of white supremacists in our country," Clarke said in an interview. "I would expect that other litigators will be able to use the ruling in this case to seek justice on behalf of other victims of hate crimes."

According to Dumpson's lawsuit, the barrage of hateful messages began in May 2017, amid news reports that a masked man had hung nooses with bananas inscribed with racist messages near the AU student government offices. The bananas, which were found a day after Dumpson's inauguration as student government president, included references to her sorority, Alpha Kappa Alpha, whose membership is predominantly African American.

Anglin posted an article on the Daily Stormer, writing: "No one feels safe around bananas." He then published Dumpson's name and photo and direct links to her Facebook account and the AU student government Twitter account and called on his followers to "troll storm" her, according to the court opinion.

Threatening messages began appearing on Dumpson's Facebook account and other social media associated with the AU student government. One man, Brian Andrew Ade, who was also listed as a defendant in the lawsuit, posted nine racist tweets, comparing Dumpson to a gorilla and a chimp and calling her a "sheboon."

According to the lawsuit, Dumpson began fearing for her life. She felt unsafe walking around campus, taking public transportation or leaving her house at night. She started carrying pepper spray and taking Ubers to get around. Her classwork started to suffer, and she dropped a minor in sociology.

Dumpson said she started having flashbacks and nightmares. She was diagnosed with post-traumatic stress disorder, an eating disorder, depression and anxiety. She lost more than 15% of her body weight "from the mental trauma stemming from the incident," according to court documents.

Dumpson alleged Anglin and Ade intentionally inflicted emotional distress on her and "interfered with her enjoyment of places of public accommodation" because she no longer felt safe on the AU campus. The judge agreed with Dumpson's lawyers' argument that because the AU campus is accessible to the public, it should be considered a "public accommodation."

Because Anglin and Ade failed to respond to the complaint, the court granted Dumpson default judgment. Judge Rosemary M. Collyer of the U.S. District Court for the District of Columbia ordered the defendants to pay more than $101,000 in compensatory damages, $500,000 in punitive damages and more than $124,000 in attorney's fees. She also entered a restraining order against them.

Anglin and Ade could not be reached for comment, and it is unclear whether they will follow the judge's order. The lawsuit also listed Anglin's Moonbase Holdings limited liability company as a defendant.

Dumpson is now in law school and hopes to use her law degree to "fight for justice," Clarke said.

Like in Dumpson's case, Anglin posted Gersh's contact information online and encouraged his followers to harass her and her family after Gersh was accused of extorting the mother of white nationalist Richard Spencer. "Tell them you are sickened by their Jew agenda," Anglin wrote.

Gersh said Spencer's mother, Sherry, had reached out to her for advice after residents of their town had discussed protesting outside a commercial building she owned. Gersh said she suggested Sherry Spencer sell the building and disavow her son's views. Sherry Spencer accused Gersh of threatening her into selling. The trolling began soon after.

"I was frightened to the point that we couldn't think straight," Gersh told reporters. "We talked about waking our children in the middle of the night - to run from Nazis."