Sales plummeted to their lowest since the company went public in 2001, and the chain closed hundreds of restaurants. 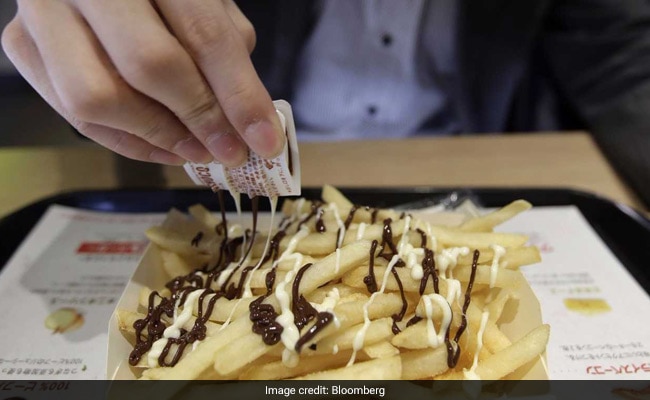 A supplier was selling expired chicken and human tooth was found in french fries in McDonald's Japan.

McDonald's Japan took a series of hits starting in 2014 that threatened to crack its Golden Arches: a supplier was selling expired chicken, a human tooth was found in french fries and a child was injured by a plastic shard inside a sundae.

Sales plummeted to their lowest since the company went public in 2001, and the chain closed hundreds of restaurants. McDonald's Corp. in the U.S. said it was considering selling its 49.9 percent stake in the Japanese company as losses piled up.

"I remember thinking at that time: 'McDonald's is over,"' said Ichiro Fujita, a Torrance, California-based consultant who helps bring foreign restaurant brands to Japan. "A lot of people even said they might need to change the name because the image was so bad."

Yet Chief Executive Officer Sarah Casanova decided to counterpunch. A company lifer who took over McDonald's Holdings Co. Japan in 2014 with little command of Japanese, Casanova visited all of the country's 47 prefectures to assure diners -- especially mothers -- that her company was implementing safeguards, and to ask them what they wanted from McDonald's.

"It made us go out and listen to customers," Casanova, 52, said of the crisis. "We were not doing a great job of giving them what they wanted."

Armed with their feedback, Casanova revamped the menu to add local flavors like the pork-and-ginger "Yakki Burger" and quirky headline-grabbing items like chocolate-covered fries. She gave many outlets a facelift and forged a partnership featuring Pokemon characters.

She cut off the troubled Chinese chicken supplier and introduced measures so parents could trace where their children's meals were coming from.

Since then, the shine has returned to the arches. McDonald's Japan stock closed at an all-time high Sept. 11 as part of a 62 percent increase this year. Shares dropped as much as 1.4 percent Friday in Tokyo.

Meanwhile, same-store sales climbed for the 21st consecutive month in August, and the company raised its full-year profit outlook twice.

For the first time since 2012, it's opening more stores in Japan than it's closing during a six-month period. The local company is the largest overseas footprint for Oak Brook, Illinois-based McDonald's, with about 2,900 stores in Japan.

"They focused on the foundations -- renewing stores, changing its menu and listening to the voices of moms," said Seiichiro Samejima, a Tokyo-based analyst at Ichiyoshi Research Institute. "It wasn't a sudden turnaround, but something done step by step."

What makes the turnaround all the more remarkable is that it was driven by one of the few female -- and foreign -- chief executives in Japan. Between 2004 and 2016, only three women were among the 456 CEOs appointed by Japan's largest corporations, according to a study of 2,500 global public companies by PwC's Strategy&. That's less than one-tenth of 1 percent.

Prime Minister Shinzo Abe's government has pinpointed the lack of female managers as a key economic issue as Japan tries to compensate for a shrinking workforce.

"You rarely see foreign females in managerial positions at Japanese corporations, much less at the helm," said Kathy Matsui, chief Japan strategist at Goldman Sachs Group Inc. "That's a good signal to Japanese society that women can do it, even foreign women that don't speak fluent Japanese."

The currents were flowing against Casanova even before the scandals.

In Japan, executives are expected to earn their positions by toiling their way to the top and not parachuting in from elsewhere. Casanova joined McDonald's Corp. in Canada in 1991, then worked in Russia, Japan and Malaysia before returning to Japan in 2013.

When she took over McDonald's Japan, the business was already troubled. Annual revenue was in a freefall since 2009, and would continue dropping through 2015. Same-store sales were declining, and annual operating profit hadn't grown since 2011.

The chain capitalized on its novelty as a foreign import when it first opened on the main shopping street in Ginza in 1971. Yet nearly a generation later, the brand was stagnating, and the food safety scandals made things worse.

So Casanova hit the road to meet customers -- mostly the mothers who made dining decisions in the family.

"If there's one thing I've learned in all the different countries I've worked in: never presume to know what a customer wants," she said at her office in Tokyo.

With limited language skills, she relied on translators and intuition. When meeting parents, Casanova broke the cultural ice by introducing herself as a mother of two children and a grandmother of five -- and it worked.

"These moms, they were pretty honest," Casanova said. "Consistently across the country, moms said we want more information about your food."

So McDonald's updated a website to track its food back to farmers and put QR codes on food packaging so customers could scan for ingredient information. Casanova's travels across Japan encouraged her menu development team to create items capitalizing on local specialties, such as McShakes with Hokkaido melon or Ehime kiwi.

In April, McDonald's Japan introduced the first new lineup of burgers for its regular menu in eight years, featuring steamed buns similar to traditional meat buns and sauces such as teriyaki.

McDonald's Japan became the first company to partner with Pokemon Go during the height of that craze, making restaurants an important stop in the smartphone game. It also started several collaborations with well-known and trusted brands, such as a milk caramel McFlurry with the confectioner Morinaga & Co.

"They know what the people are looking for with the taste and products," Fujita said. "Before, they create and they try to force that menu to the public."

On an operational level, Casanova gave franchisees more freedom to address customer concerns by setting up regional management centers. The company subsequently recorded its highest average sales per store during the first half of 2017 since going public in 2001.

Promoted
Listen to the latest songs, only on JioSaavn.com
And, earlier this year, McDonald's Corp. said it would keep its stake, citing the rebounding business and confidence in Casanova's strategies.

"Other companies can learn from what she's doing," said Philip Sugai, a marketing professor at Doshisha University in Kyoto. "Just going out and talking to people is fundamental."