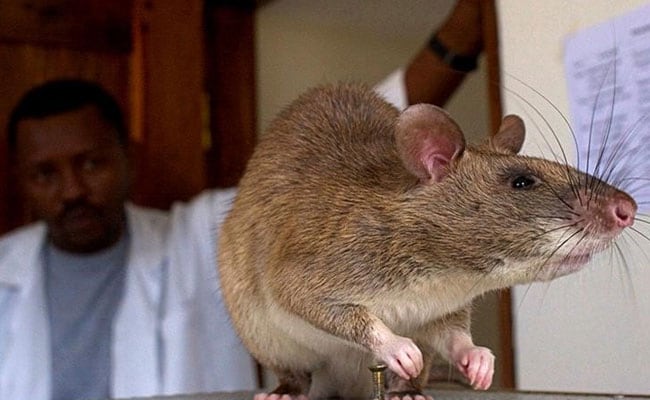 NAIROBI: Africa's giant rats have been trained to sniff out landmines and detect tuberculosis in humans, and soon they could turn their superior noses to protecting other animals by finding illegal wildlife trophies being smuggled out of African ports.

The US-financed project is still in its early stages - the rats who will be trained to scuttle over shipping containers in search of pangolin scales were only born in October.

But the aim is to prove by late 2017 that their powerful sense of smell can distinguish the illegally traded items even if they are stashed in coffee or other scent-masking substances in containers before they are loaded onto ships for export.

"I firmly believe that we are going to be able to prove that they can," said Kirsty Brebner, whose organisation Endangered Wildlife Trust had the idea of putting rats to work on the illegal wildlife trade.

"They are clearly trainable, they clearly have a strong sense of smell," Brebner told Reuters from South Africa. She said the eventual aim is to train rats to find ivory and rhino horns, too.

Pangolins, a mammal hunted close to extinction for the unique scales on its body, which find a ready market in Asia, are the first target because they have a stronger scent than ivory or rhino horn, giving the rats a better chance of success.

The rats will be tested and trained by APOPO, a Tanzanian-based group that pioneered using the African Giant Pouched Rat to find landmines. Harnessed to wires, the rats scamper along and are rewarded by a handler if they find a buried device.

After that success, the rats have also been trained to detect sufferers of tuberculosis by sniffing sputum.

For the wildlife project, APOPO's James Pursey said, the rats would first be trained to sniff out a substance in return for a reward. Then they would be taught to discriminate pangolins from other smells, a process likely to last until mid-July.

"We will then be developing the optimal method for how to actually test the shipping containers," Pursey said. If that succeeds, the project could be rolled out from late 2017.

The giant rats have been chosen for these projects for their longevity - they live as long as eight years, so there is a better return on the training investment - and they don't bond easily with handlers, so they will adapt to whoever uses them, Brebner said.

The Endangered Wildlife Trust has long used dogs to trace wildlife trophies, but rats can scramble into small, dark places and could climb up containers, Brebner said.

Promoted
Listen to the latest songs, only on JioSaavn.com
The authorities in Tanzania, a nation that boasts the sweeping wildlife-filled plains of the Serengeti but is struggling to fight poaching, have supported the project.