Afghanistan: Women have been affected by Taliban's takeover in Afghanistan. 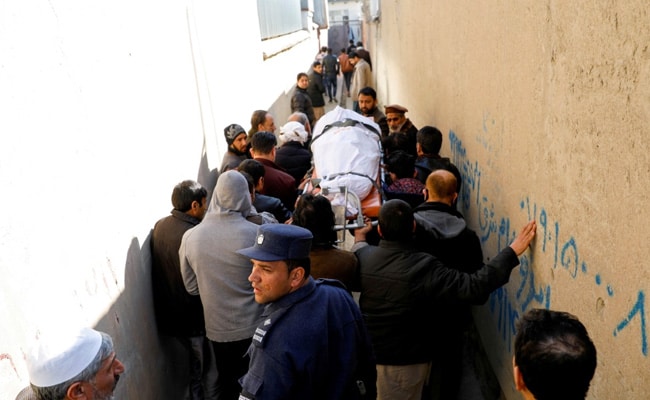 Relatives carry the body of a female judge shot dead by unknown gunmen in Kabul. (File)

Hundreds of female judges in Afghanistan live in fear and anonymity after the Taliban took control of the country in August, a media report said.

Naima (name changed), who served as a judge in Afghanistan for nearly a decade, said that she regrets those 10 years she spent as a judge as the Taliban has taken control of the country for over two months, reported Al Jazeera.

Naima had presided over various cases of violence against women in Afghanistan, hearing distressing accounts of unspeakable violence from battered women and their families. Naima had even witnessed a man killing his wife during a court hearing.

"Sometimes you think to yourself: Why did I do that? Why didn't I choose any other discipline," she told Al Jazeera from an undisclosed location in capital Kabul.

Soon after former President Ashraf Ghani left the country after the Taliban took control of it, Naima, like hundreds of other judges, went into hiding as they had reasons to be afraid.

In early August, when the Taliban were on the rampage through the 34 provinces of Afghanistan, the group had released thousands of prisoners from jails under the government control, said Al Jazeera.

Among them were possibly men who judges such as Naima had personally sentenced and who might have ended up joining the Taliban, said Al Jazeera.

The Taliban said criminal elements posing as the Taliban could have joined their ranks.

"There are some bad and corrupt people who want to join us ... To fulfil their own interest or to defame us and make us look bad," the Taliban's newly-announced acting Defence Minister Mullah Muhammad Yaqoob said last month, according to Al Jazeera.

Confirming her suspicion Naima said that when she went to the bank last month, she saw a guard, clearly a member of the Taliban, staring at her.

It became more fearful when a bank employee called out Naima by her name and the guard tried to verify Naina's name by attempting to take her bank card.

She managed to catch a quick glimpse of the guard who had been trying hard to watch her and quickly pushed her way into the middle of the crowd.

Naima had seen the guard only eight months before in her courtroom for murdering his wife.

It's not only Naima, there are many female judges hiding in Kabul who have similar stories.

Women have been especially affected by these developments. Shortly after taking power, the Taliban told government workers not to return to work until they could guarantee their fighters would not harass or abuse them, according to Al Jazeera.