10 Including Children Killed In US Airstrike In Kabul: Local Media

Afghanistan crisis: The US airstrike in Kabul was carried out against a suspected ISIS-K car bomb targeting the airport, the US Central Command said on Sunday. 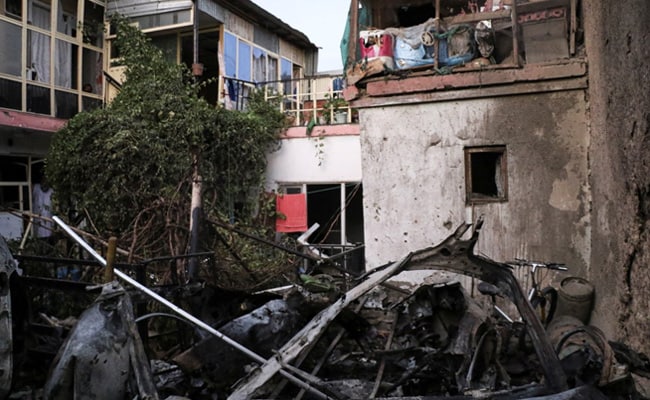 At least 10 people, including children, were killed in the US airstrike that took place in Kabul on Sunday, Tolo News reported.

The developments came after the US carried out a "self-defensive" airstrike in Kabul against a suspected ISIS-K car bomb targeting the airport, the US Central Command (CENTCOM) said on Sunday.

Earlier on Sunday, another explosion was also reported in Kabul after a rocket landed on a residential building near the Hamid Karzai International Airport, Sputnik reported.

"We are confident we successfully hit the target. Significant secondary explosions from the vehicle indicated the presence of a substantial amount of explosive material," the statement added.

This comes as the US is on the verge of completing its exit from Afghanistan.

In other recent developments, at least five rockets have been fired toward the Hamid Karzai International Airport in Kabul on Monday, a US official told ABC news.

The US military engaged the C-RAM missile defence, but, according to ABC News, it is still unclear whether all of the rockets were successfully intercepted.