Afghanistan: Kabul was on Thursday was rocked by terrorist attacks as three bomb blasts took place in the Afghan capital. 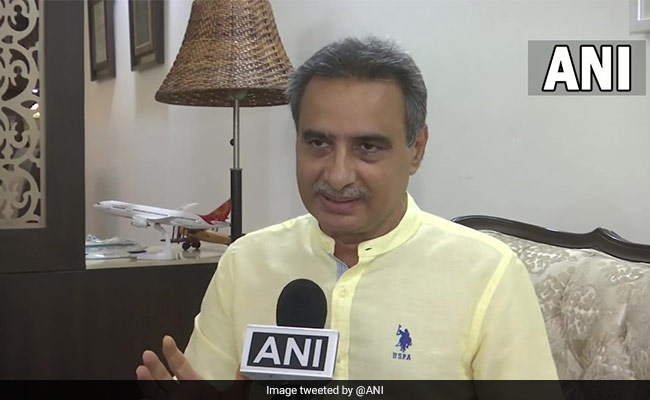 Captain Devi Sharan, a retired pilot of Air India whose plane IC-814 was hijacked to Kandahar in December 1999, said the Taliban, which has seized power in Kabul, can't be trusted as their ground fighters don't follow rules, and added that the movement of aircraft over Afghan airspace is very risky.

"There is a lot of grey area. We have to always monitor the corridor route which we are following because the Taliban government says something and somewhere down their forces are doing something else. In such a situation, entering Afghanistan's airspace is very risky. They can always shoot the aircraft down," Sharan told ANI.

Kabul was on Thursday rocked by terrorist attacks. The first blast was reported at the Kabul airport while the second one was near the Baron Hotel that killed 13 US troops and injured an additional 15 service members as well as numerous Afghan civilians.

Afghan health officials gave varying estimates of the count at the international airport in Kabul, the capital -- from at least 30 dead to more than 60, and from 120 wounded to 140 -- while a Taliban spokesman cited at least 13 civilians killed and 60 wounded, reported The New York Times.

Captain Sharan showed confidence in the United States (US) Defense Forces controlling Air Traffic Control (ATC) in Kabul and Kandahar, saying that the voices of US forces would always give confidence to pilots when crossing Afghan airspace.

"I have operated many times over Afghanistan while flying to Europe and the USA. Whenever we used to hear the voice of air traffic controllers who were mainly American people, it used to give us a sense of security. We never felt the need to take an alternate route due to an emergency while we used to be en-route Kabul and Kandahar. We were quite comfortable if we had to land in Kabul or Kandahar in case of a technical emergency. We were quite satisfied with that because we used to listen to American traffic controllers on ATC," said Captain Devi.

Afghanistan has barred its airspace for all commercial flight operations since August 16 just after the Taliban took complete control of the war-torn country.

The pilot said that India should avoid any flight operations in the Afghanistan airspace till the government is assured of their safety.

"If our government and their government make sure that no untowardly incident will take place and everything is safe, then only we should resume air operations otherwise we should not take the risk," said the pilot of the hijacked flight IC-814.

India is committed to evacuating all Indians from Afghanistan. Air India and the Indian Air Force are operating evacuation flights from Kabul airport. So far more than 700 Indians, including other civilians, have been evacuated.