US Homeland Security Chief Quits Ahead Of Joe Biden Inauguration

He gave no reason for the resignation but said that Pete Gaynor, the administrator of the Federal Emergency Management Agency, would take over. 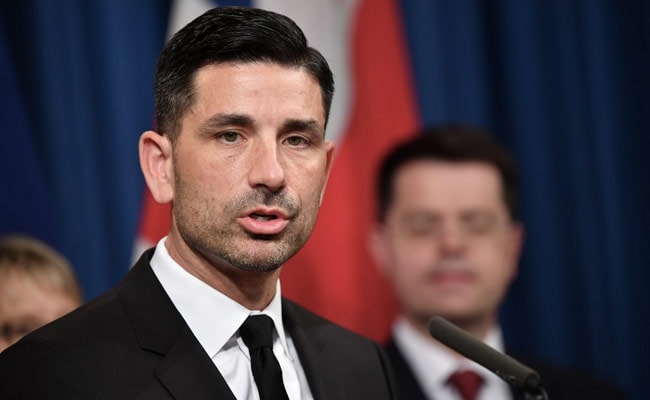 The acting secretary of the US Department of Homeland Security is stepping down, an official said.

Chad Wolf, the acting secretary of the Department of Homeland Security, announced he was resigning Monday as worries rose over more violence during President-elect Joe Biden's inauguration next week.

Wolf, whose department is in charge of security for the January 20 ceremony, will step down at midnight, according to a letter he sent to DHS staff.

The announcement makes him the third person to resign from Donald Trump's cabinet after the attack by the president's supporters on the US Capitol last week.

Wolf, long a close ally of Trump, criticized the attack the following day as "tragic and sickening."

"While I have consistently condemned political violence on both sides of the aisle, specifically violence directed at law enforcement, we now see some supporters of the president using violence as a means to achieve political ends," he said

Wolf, whose department oversees numerous federal law enforcement bodies including the Secret Service, said just last week that he was staying in his position until the end of Trump's administration on January 20.

Just after he criticized the storming of Congress, the White House announced that Wolf's formal nomination to Congress as DHS secretary had been withdrawn.

It was not clear whether that was a procedural issue or related to his criticism of the pro-Trump protests.

Wolf's resignation came a day before Trump is to travel to the US-Mexico frontier near Alamo, Texas to inspect the border wall he has had built.

Normally, Wolf would accompany the president on such a trip.

On January 5, Wolf heralded in a statement the completion of 450 miles (724 kilometers) of wall under Trump's order.

"President Trump took office with the promise to build the wall and secure our southern border -- a promise he has kept," he said.