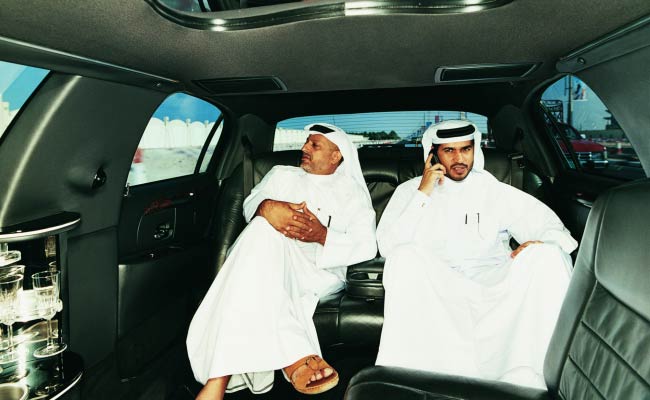 London: Mazher Mahmood was 21 when he first posed as a wealthy sheikh. A reporter from Birmingham, England, intent on exposing a prostitution ring at a local hotel, he donned a white robe he had bought for 12 pounds at an Islamic bookshop, checked into the hotel, the Metropole, and persuaded the concierge to send women to his room.

Three decades later, Mahmood owns at least a dozen sheikh outfits and a Rolex costing 5,000 pounds to perfect his disguise. With an entourage of pretend bodyguards, assistants and even three stand-in sheikhs, the man known here as "the fake sheikh" has exposed drug deals, immigration fraud and, four years ago, one of the biggest match-fixing scandals in the history of cricket.

But he has also targeted second-tier celebrities, embarrassed royalty and baited a politician with anti-Semitic jokes. Under investigation on suspicion of perjury after a judge accused him of lying in court, Mahmood was suspended in July from the newspaper The Sun on Sunday.

He now faces the sort of public embarrassment that some of his targets once faced: Last week, the BBC aired a 30-minute documentary that included interviews with some of his former targets and assistants and, for the first time, high-definition footage of Mahmood himself.

In one instance highlighted in the documentary, he flew a 24-year-old model to the Canary Islands in 1996, promised her a lucrative modeling contract in the Middle East and then encouraged her to buy him cocaine from a dealer he had hired for that purpose. His article in the now-defunct tabloid News of the World branded her "a mob-connected drugs pusher."

In Britain's pantheon of notorious tabloid reporters, the "fake sheikh" is among the most notorious. Long a star in Rupert Murdoch's British tabloid stable, Mahmood has become a symbol of the excesses of British journalism at a time when the country is still reeling from the fallout of the newspaper phone hacking scandal.


Since the scandal broke in 2011, more than 200 people have been arrested, among them private investigators, police officers and about 60 journalists. Rebekah Brooks, the head of Murdoch's British newspaper business until 2011 and onetime editor of News of The World, was acquitted this year. But her successor as editor, Andy Coulson, was convicted, along with five others who had pleaded guilty. Last month, Ian Edmondson, a former news editor at the tabloid, was sent to jail for eight months. More cases are pending, including several concerning the bribery of public officials.

"The big picture here is that the commercial pressure to deliver stories that will sell the paper and make more money is an irresistible force in those newsrooms," said Nick Davies of The Guardian and author of "Hack Attack," about the scandal. "What it translates into is reporters' being told, 'Do whatever you need to do, and if that involves breaking the law, that's OK.'"


"Mazher Mahmood is part of that culture of ruthlessness," Davies added. "He was given free rein. He was given vast amounts of money to protect his identity as a fake sheikh. But often he is simply exposing people he has manipulated into doing something wrong."

In 1997, Mahmood put on his sheikh costume and offered a popular television actor film roles alongside Robert De Niro and Al Pacino. Footage from a meeting at the Savoy Hotel in London, obtained by the BBC, shows actor John Alford as he nervously declined both alcohol and drugs. But pressed to buy drugs for the sheikh, he eventually delivered a small amount of marijuana and cocaine and ended up in jail for nine months.

"I lost my house,  I lost my career," Alford told the BBC. "I'm lucky to be here. There were times when I've really thought of ending it. For the last 18 years, I've been through hell."

More than 90 people have served jail time as a result of Mahmood's reporting.

Now 51, Mahmood has denied any wrongdoing, saying that he used legitimate investigative methods. His lawyer, Angus McBride, called the BBC program "deeply misleading and inaccurate," and he said it was not representative of his client's work and should not have been allowed to air while he is under police investigation.

Mahmood tried to stop the BBC from revealing his identity, claiming that his life would be at risk. Twice, the program was delayed. But a judge ruled that there was not enough evidence to support this claim, pointing out that Mahmood had written his autobiography, "Confessions of a Fake Sheik," under his real name. It was published in 2008 with photographs of the author that merely concealed his eyes with a thin black strip.

Others have tried to blow his cover: George Galloway, a left-wing British politician and supporter of the Palestinian cause, published Mahmood's photo on his website in 2006 and accused Mahmood of disguising himself as an Arab businessman and trying to entice him to make anti-Semitic comments over lunch.

Besides the infamous sheikh, British tabloid journalism has featured Benji the Binman, who scavenged through celebrity trash cans, and Brooks, who once dressed as a cleaner and sneaked into the building of a rival newspaper to snatch a paper off the presses and match an exclusive report on the royal family.

But Mahmood was a legend - and for the most part a respected one. He counted 500 exclusives at News of the World, where he worked for two decades, and won Reporter of the Year at the 1998 British Press Awards. His former editor at News of the World, Phil Hall, called him "the most diligent reporter we had." After Murdoch shut the tabloid in 2011, a consequence of the scandal, Mahmood was hired by The Sun on Sunday, which was started a year later.

But since the phone hacking scandal, the tabloid atmosphere has changed.

Last year, Mahmood dressed up again, this time as a wealthy Indian film mogul. He flew singer Tulisa Contostavlos and two of her friends to Las Vegas first class and offered her a 3 million-pound film contract for a role alongside Leonardo DiCaprio. Mahmood then pressed her to buy him cocaine. When she did, he wrote a front-page "world exclusive" in The Sun on Sunday: "X Factor star caught setting up secret deal with drugs pal."

But Contostavlos fought back and won. Dismissing the case in July, Judge Alistair McCreath said there were strong grounds to believe Mahmood had told him "lies" and had been "manipulating the evidence" in the case against Contostavlos. Since then, prosecutors have dropped a number of pending cases that relied on his evidence, and some of his former targets are planning to sue. Mahmood has been questioned by the police, his lawyer said.

"The actions of the fake sheikh are more far-reaching than phone hacking," Mark Lewis, a lawyer representing some of Mahmood's targets, said in an email. "People's lives have been ruined. People have been sent to prison for committing crimes solicited by Mazher Mahmood."

Promoted
Listen to the latest songs, only on JioSaavn.com
Lewis has called for an investigation into the role of law enforcement officials. He said the BBC program, watched by 2.5 million people last Wednesday, had made litigation inevitable.

"There will be some very worried people in the police, prosecution and at News Corp.," he said. "Maybe one day we will have a free press in U.K. telling us what really happened."
© 2014, The New York Times News Service