US Bus Driver Raped A 14-Year-Old. He Won't Spend A Day In Prison

Piche was arrested on Sept. 5, 2018. He was charged with second-degree rape, first-degree unlawfully dealing with a child and endangering the welfare of a child. 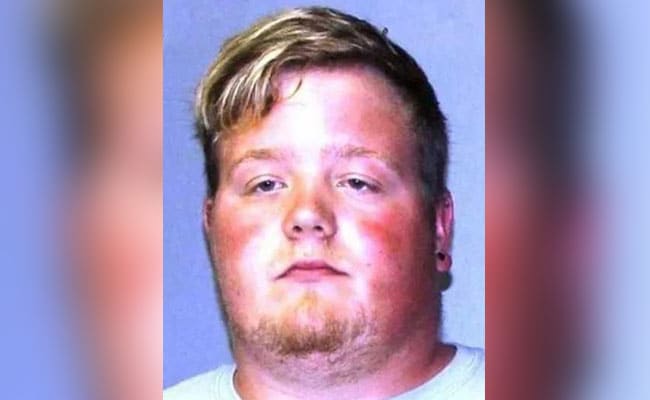 Last week, a judge ruled Shane Piche should spend the next 10 years on probation.

The day of reckoning inside an Upstate New York courtroom did not go as planned - at least for prosecutors and the victim's family.

Last Thursday, Shane Piche, a former bus driver for the school district in Watertown, N.Y., received his sentence. Two months earlier, the 26-year-old had pleaded guilty to third-degree rape. According to the Watertown Daily Times, Piche had raped a 14-year-old girl who was on his bus route.

But rather than hand Piche a prison sentence, Jefferson County Judge James McClusky gave the defendant 10 years probation, and assigned him the lowest level status on New York's sex offender registry. The judge's ruling goes against prosecutors' hopes - and against the wishes of the victim's family.

"I wish Shane Piche would have received time in jail for the harm he caused to my child," the victim's mother wrote in a statement obtained by WWNY. "He took something from my daughter she will never get back and has caused her to struggle with depression and anxiety."

Piche's sentencing joins a list of controversial punishments in sexual assault cases, many of which have been pulled into the larger debate over sexual violence and whether courts adequately weigh the wishes of victims.

Most infamously, former Stanford University swimmer Brock Turner was sentenced to six months in jail in 2016 following his conviction for sexually assaulting an unconscious woman. The case's outcome sparked national outrage and prompted the recall of the California judge who issued the sentence.

Last August, Houston doctor Shafeeq Sheikh was convicted of raping a patient, a crime punishable by up to 20 years in prison. A jury, however, handed Sheikh 10 years of probation.

And four months later, a former Baylor University fraternity president, Jacob Anderson, was accused of a campus rape. Last December, he entered a deal with prosecutors that reduced his charges in exchange for a sentence of three years of deferred adjudication probation, counseling and a $400 fine.

Last February, the mother of Piche's victim told WWNY the defendant was her daughter's school bus driver for the public school district in Watertown, about 70 miles north of Syracuse, N.Y. The unnamed mother told the television station Piche "bought her daughter gifts and invited her and other minors to his home where he gave them alcohol." Piche raped the victim at his house.

Piche was arrested on Sept. 5, 2018. He was charged with second-degree rape, first-degree unlawfully dealing with a child and endangering the welfare of a child.

As the Daily Times reported, Piche pleaded guilty on Feb. 21 to a lesser charge of third-degree rape. Prosecutors had asked the judge to hand Piche a Level 2 sex offender designation, which under New York state law would have meant Piche's residential information would have been posted online to the state's sex offender registry.

But last Thursday, McClusky decided to place Piche under the state's lowest designation, Level 1, a placement for offenders with a "low risk of re-offense," according to the state. Piche's future address will not be on the online registry.

In making his ruling, McClusky pointed out that Piche had no prior arrests and that there was only one victim in the case, the Daily Times reported.

Piche is also not allowed to be alone with anyone who is younger than 17, and will be forced to pay $375 in court fees and a $1,000 special sex offender registration fee. He is reportedly no longer employed by the school district.

Despite the disappointment of the victim's mother, Piche's attorney, Eric Swartz, defended the punishment.

(This story has not been edited by NDTV staff and is auto-generated from a syndicated feed.)
Comments
School Bus DriverPrisonShane Piche