A Respected Psychiatrist Paid A Playboy Model's Rent. He Was Found Dead In Desert

Kelsey Nichole Turner, 25, has been charged in connection with the death of Thomas Burchard, 71, who was bludgeoned to death and left in the trunk of a car abandoned in a remote area outside Las Vegas. 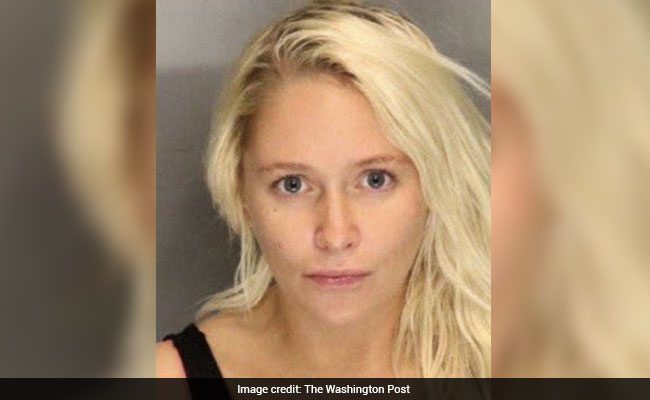 Kelsey Nichole Turner, 25, was arrested in connection with the death of Thomas Burchard

The blue Mercedes-Benz sat empty in the desert east of Las Vegas, miles away from a two-lane road surrounded on either side by barren mountains and pink-tinted sand. On the morning of March 7, a man who had been passing through the remote terrain near Lake Mead National Recreation Area with his children spotted the two-door coupe amid the creosote and sagebrush, and called police. It was unclear how long the car had been baking under the Nevada sun, but when the patrol officers got there, they noticed the smell.

Searching the abandoned luxury sports car, they made a grotesque discovery. An older-looking white man had been stuffed in the trunk, with piles of clothes and bedding covering his dead body, according to court records released Wednesday and obtained by KSNV. Blood spattered the driver's seat headrest and back seat. Several pairs of latex gloves were on the passenger's seat, along with evidence that someone had lit a small fire. A coroner's report would later reveal that the man had died of blunt force trauma after being struck in the head multiple times with an unidentified object.

The trail of clues that were left behind in the desert ultimately led investigators to Kelsey Nichole Turner, an aspiring Maxim cover girl who had appeared in magazines like Playboy Italia and DreamVixens. The 25-year-old was arrested March 21 and charged with the murder of Thomas Burchard, 71, who had paid her rent just days before he was found dead, according to police.

A respected psychiatrist at a hospital in Monterey, California, Burchard had known the model for about two years and had been helping her out financially for much of that time, his longtime girlfriend, Judy Earp, told the Salinas Californian.

"He was always helping people," she told the paper. "Anybody with a sad story, you know. Some people took advantage of that."

The two made an unlikely pairing. On Instagram, where she has more than 100,000 followers, Turner posted photos of herself in skimpy bikinis and lacy lingerie, revealing a tattoo of a gun in a garter belt on her upper left thigh. "If they hating got a price to pay; California on my license plate," she wrote in her bio, quoting the rapper P-Lo. In a questionnaire that she completed in 2018 as part of a contest to be on the cover of Maxim, she described herself as a "Russian-American blonde just trying to change the world," and said that she would use the $25,000 prize to pay off her student debt and help her family.

Burchard, an avuncular man who sported a bow tie, spectacles, and a salt-and-pepper beard in his headshot, was known for entertaining the children who he treated at the Community Hospital of the Monterey Peninsula with magic tricks, including one in which he turned a dollar into a $100 bill. For many years, he had been the only child psychiatrist working in the coastal community, the Californian reported. Toward the end of his 40-year career, he had "retired" by switching to a four-day workweek, fearing that his patients would go without care if he left the profession altogether.

It was Earp, Burchard's girlfriend of nearly two decades, who first pointed a finger at the budding model. According to the police affidavit, Earp had reported the psychiatrist missing several days before his body was found in the trunk of the Mercedes-Benz. She told authorities that Burchard had flown to Las Vegas to visit Turner, and texted her on March 2 to tell her that he was excited to return home to California but had to take care of a few things first. That same day, she received a string of text messages that didn't sound like him at all. When she tried to call him to see what was going on, Burchard's cellphone was turned off.

Before moving to Nevada, Turner had spent a year living in the central California city of Salinas, 20 miles from Monterey, in a $3,200-a-month house that she shared with her mother and her two children. Burchard had paid the bikini model's rent the whole time, her former landlord, Harshadray Patel, told the Californian. Early last fall, however, he informed the landlord that he was done. Three months later, the family was evicted. Turner then moved to Las Vegas, signing a lease on a new house in December.

Calling Turner "as evil as Charles Manson," Earp told KTNV that Burchard had given the model roughly $300,000 over the years, which went to her rent and other expenses.

"The last conversation I had with him, he had to go to Las Vegas to check things out because she was a compulsive liar," she said.

Over the course of their relationship, Burchard had given money to roughly a half-dozen women, Earp told KSBW, describing the psychiatrist as overly compassionate. "Kelsey wasn't the first person he helped, [but] unfortunately the last," she said.

But previously, his extreme generosity had contributed to the dissolution of his marriage: Copies of his divorce filings from 2001, obtained by the Californian, showed that he had sent thousands of dollars to women who he met online to help them pay for rent, bills and prescription medications. Though Burchard insisted that he was simply trying to assist people in need, his ex-wife categorized the relationships as "very inappropriate," and said that she had caught him emailing women with "suggestive screen names" from their home computer.

It's unclear how Turner and Burchard met. Earp told the Las Vegas Review-Journal that she did not believe the model had ever been a patient of his, and that he had signed the lease in Salinas after the 25-year-old claimed that bad credit was keeping her from finding a place to live.

The psychiatrist had been scheduled to fly home to California on March 4, but never returned, police said. Earp told them that she suspected Turner and her boyfriend had murdered him. For three consecutive days, authorities went to the address in Las Vegas that Earp had given them but found no signs of Burchard at the split-level single-family home. On their last visit on March 5, no one answered the door. Patrol officers noticed that mail had piled up, the front door was left unlocked and cleaning supplies were scattered throughout the house, making it look like someone was moving out.

After Burchard's body turned up in the desert, detectives returned to the house with a search warrant. Turner was nowhere to be found, but her landlord told them that the psychiatrist had paid her rent for the month. Inside, in a pile of laundry, police found blue-and-white striped bath towels that matched one found in the trunk of the Mercedes. They also discovered what appeared to be blood on the door to a bedroom and in the garage, as well as cleaning supplies and "evidence of a cleanup," the affidavit says.

Another sign pointed to Turner's potential involvement: the California plates on the blue Mercedes coupe. The car was officially registered to a man who was living in China and had placed an advertisement on Craigslist months earlier saying that he was looking for someone to take over his car payments, police wrote. He later gave police records showing that Turner had replied to the ad in November, and they had struck a deal. She gave him $2,500 and agreed to pay $542 a month until the loan was paid off in full, and he had added her to his insurance. Turner never reported the car as stolen, police said.

On March 21, two weeks after finding Burchard's body, FBI agents caught up to Turner in Stockton, California, the Las Vegas Metropolitan Police Department said in a news release last week. According to the Californian, she and her 4-year-old son were discovered at a house in a semi-industrial area of the city, close to the railroad tracks. The officers booked Turner into the San Joaquin County Jail, where she is being held without bail on felony murder charges as she awaits extradition to Nevada.

Turner's father, Christopher Ingram, started a GoFundMe campaign to raise $50,000 for her legal fees last week, writing that his daughter was "being accused of a crime she could not possibly commit." It has since been taken down. He told the Californian that Turner was "a wonderful, loving mom and a good kid." He declined to comment further.

Police have yet to discuss a potential motive for the alleged murder, or say whether more arrests could be forthcoming. Realistically, Earp told reporters last week, abandoning Burchard's body in the middle of the desert wasn't something that one person could have managed alone.

"All I know Tom was a big guy, almost six feet, 250 pounds," she told KTNV on Wednesday. "I don't think one woman could get him into the trunk of the car."

(Except for the headline, this story has not been edited by NDTV staff and is published from a syndicated feed.)
Comments
Kelsey Nichole TurnerThomas Burchard