A new leader who talks of 'Chinese dream' and revival 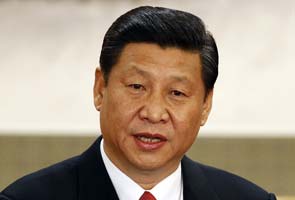 Beijing: In a strong signal of support for greater market-oriented economic policies, Xi Jinping, the new head of the Communist Party, made a visit over the weekend to the special economic zone of Shenzhen in south China, which has stood as a symbol of the nation's embrace of a state-led form of capitalism since its growth over three decades from a fishing enclave to an industrial metropolis.

The trip was Xi's first outside Beijing since becoming party chief on Nov. 15. Xi visited a private Internet company on Friday and went to Lotus Hill Park on Saturday to lay a wreath at a bronze statue of Deng Xiaoping, the leader who opened the era of economic reforms in 1979, when Shenzhen was designated a special economic zone. Deng famously later visited the city in 1992 to encourage reviving those economic policies after they had stalled following the violent crackdown on pro-democracy protests in 1989.

"Reform and opening up is a guiding policy that the Communist Party must stick to," Xi said, according to Phoenix Television, one of several Hong Kong news organizations that covered the trip. "We must keep to this correct path. We must stay unwavering on the road to a prosperous country and people, and there must be new pioneering."

In the months before the transition, there were widespread calls, including from people close to Xi, to adopt more liberal economic policies and even to experiment with greater political openness as a way for the party to maintain its rule. Without much success so far, reformers have long been encouraging the leadership to move toward a more sustainable growth model for China, one that relies more on domestic consumption rather than infrastructure investment and exports, and where state enterprises play less of a role.

Xi, known as a skillful consensus builder, has kept his ideas carefully veiled throughout his career, but his trip to Shenzhen is the strongest sign yet that he could favor more open policies. In a speech in Beijing on Nov. 29, Xi spoke of the "Chinese dream" of realizing the nation's "revival," which, besides being a call for renewal, also signaled strong nationalist leanings.

Xi's father, Xi Zhongxun, was a revered senior official handpicked by Deng to help shape the new economic policies and oversee the creation of the Shenzhen zone. Xi's mother lives in Shenzhen, and he visited her on his trip, according to Hong Kong news reports.

"If he indeed went to Shenzhen, that means he intends to make reform a subject of priority," said Li Weidong, a liberal political analyst. "That would really be a phenomenon."

Li cautioned, though, that the so-called reform policies that followed Deng's 1992 southern tour, in his view, "ended up being fake" because China's boom resulted in widespread corruption and the expansion of state enterprises at the expense of private entrepreneurship.

When Xi's predecessor, Hu Jintao, became party chief in 2002, he was seen by many as a potential reformer, but his tenure was marked by conservative policies. For his first trip outside Beijing as party chief, Hu went in December 2002 to Xibaipo, a hallowed site for the revolution, where he reiterated a speech given by Mao Zedong.

Over the weekend, video footage from Phoenix Television showed a line of black sedans and minibuses winding its way through Shenzhen. Xi and other officials walked outdoors in dark suits. The party's official news organizations did not immediately report on the trip, but some prominent mainland Chinese news websites cited the Hong Kong reports.

Xi's early moves as party leader seem aimed at emphasizing national "renewal," a theme he emphasized when he appeared on Nov. 29 with the party's new seven-man Politburo Standing Committee in a history museum at Tiananmen Square. According to People's Daily, the party mouthpiece, Xi stood in front of an exhibition called "The Road to Rejuvenation" and said, "After the 170 or more years of constant struggle since  the Opium Wars, the great revival of the Chinese nation enjoys glorious prospects."

The emphasis on a "Chinese dream" is particular to Xi, and could prove to be a recurring motif throughout his tenure. The notion of a grand revival - "fu xing" in Mandarin - has been popular with Chinese leaders for at least a century, but Xi appears to be tapping more deeply into that nationalist vein than his recent predecessors, perhaps recognizing that traditional Communist ideology no longer has popular appeal.

Given China's many recent accomplishments, it is somewhat surprising that "this narrative, which counterpoises China against Japan and the West, should be becoming more rather than less prominent," said Orville Schell, a veteran China observer who is co-writing a book on the country's modern quest for wealth and power. "And now, as the new Chinese leadership begins to write the script for the next act of their country's reform, it appears as if Xi Jinping is finding nationalism an irresistible ingredient in his effort to galvanize his people."

Xi's brand of nationalism, analysts say, could mix bolder economic policies with anticorruption campaigns, a vigorous military buildup and a muscular foreign policy. The combination is somewhat reminiscent of the Self-Strengthening Movement in the late 19th century, when some Chinese leaders and intellectuals tried to push institutional reforms to revive a weakening Qing dynasty harassed by Western powers and Japan.

Leaders here know that anti-foreign nationalism, shaped by the state education system and mass media, is a powerful undercurrent in Chinese society. Just weeks before Xi took power, anti-Japan protests erupted in Chinese cities over a territorial dispute. Under Xi, China has been assertive with Southeast Asian nations over disputed territory in the South China Sea.

For many Chinese, calls for revival refer to resurrecting a China strong enough to dictate foreign policy on its own terms, before Western nations humiliated the Qing rulers during the two Opium Wars in the 19th century. The last golden age of China as a great power is often considered to be the late 18th century, after the Qing empire's ethnic Manchu rulers had expanded China's geographic reach. Perhaps most telling, the Qianlong Emperor forced George Macartney, the British envoy, to kneel in the imperial court in 1793.

After the Opium Wars, nationalist intellectuals, including Sun Yat-sen, pushed for rejuvenation. He founded the Revive China Society, whose motto was to "expel the Manchus, revive China and establish a unified government."

In Schell's view, "if there is any one sentiment that has tied all the thinkers and leaders of China's 20th century together, it is certainly nationalism."

John Delury, a historian who is Schell's co-author, said there was a millennia-old concept of rejuvenation in dynastic China that the party might find relevant now. It was called a "middle revival," or zhong xing, and was used to describe a period midway through a dynastic cycle when an empire had to revive itself to move past the failings of weak leadership.

Promoted
Listen to the latest songs, only on JioSaavn.com
"To rally the troops, there's a call for zhong xing," Delury said. "The archetype is you have these strong founding emperors, and then you have an inexorable weakening, and then there's a crisis, and a strong leader emerges in the middle who pushes the zhong xing. It gives the dynasty a second life."