A Century Before Elon Musk's Tesla, Electric Cars Were Popular In Cities 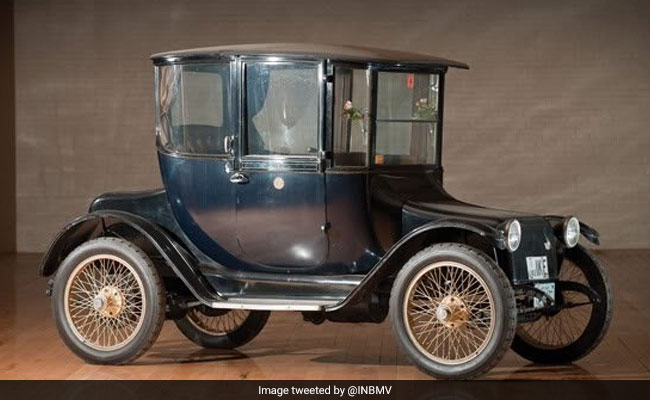 President Woodrow Wilson rode in an electric, and his wife drove one.

By the turn of the 20th century, horseless carriages had replaced horse-drawn carriages in most major American cities. In 1901, an estimated 38 percent of cars in the United States were electric, 40 percent were powered by steam, and 22 percent ran on gasoline. As a result, streets were cleaner and less stinky in many cities. In New York City alone, horses had deposited about 2.5 million pounds of manure on the streets every day.

By 1915, Washington had 1,325 electric cars, about the same number as Detroit. This ranked behind Chicago with 4,000 electrics and New York with 3,200. In Washington, "the automotive public has had an awakening and has found that the modern electric car truly is an eye opener," said W.R. Emerson of Emerson & Orma, the local dealership for an Anderson Electric Car Co. model called the Detroit Electric.

Women were the driving force behind electric cars. The electrics were cleaner, quieter and easier to drive than steamers and especially gasoline cars, which spewed smelly fumes and had to be started with a hand crank. Denver socialite Margaret Whitehead drove a Fritsche Electric because, she said, a lady "can wear the most perishable and delicately hued gown she possesses, and the daintiest of footwear without giving a thought, for when she arrives at her destination she is unsullied and her coiffure is as unruffled as when she left the house."

The first families in Washington also influenced car trends. The 330-pound President Taft preferred to ride in a big, open-top White Model M steam car made by White Motor Co. But in 1909, his wife, Helen, started driving a two-seater Baker Queen Victoria Electric car around Washington. The first lady's car, made by Baker Motor Vehicle Co., had blue upholstery and the U.S. coat of arms painted on the doors.

Mrs. Taft replaced the Baker in 1912 with a new one. One newspaper said: "The use of an electric car by the President's wife will undoubtedly give a great impetus to the electric vehicle business."

President Wilson, who took office in 1913, chose a gasoline Pierce Arrow as the presidential limousine. But Wilson, who never learned how to drive, sometimes rode around Washington in a Milburn Light Electric, made by the Milburn Wagon Co. His Secret Service agents drove Milburns as well.

Both Wilson's first wife, Ellen, who died in 1914, and his second wife, Edith, drove Helen Taft's Baker Electric. The second Mrs. Wilson, before marrying the president, was reportedly the first woman to drive an electric car in the District of Columbia, in 1904.

Owners of electric cars charged their vehicles at charging stables, often located at auto dealerships. Electric carmakers, such as Oliver Frichtle in Denver, promoted the distance their cars could go on a single battery charge.

Frichtle was the Elon Musk of his day. Musk has vowed to send a driverless Tesla with autopilot from Los Angeles to New York City. In 1914, Frichtle drove one of his cars from Lincoln, Nebraska, to the Big Apple, a distance of 1,800 miles, in 29 days. He recharged the battery at charging stations along the way and averaged close to 90 miles per charge.

Ads for electric cars were published in Washington papers. A 1914 ad boasted that buyers of the Detroit Electric, "Society's Town Car," included inventor Thomas Edison and Henry Ford, who made gasoline cars in Detroit.

Ford bought a Detroit Electric every two years for his wife, Clara. She preferred the cleaner electric cars to the smoke-belching autos her husband produced. Her car had a special child seat for the Fords' son Edsel.

Electric cars improved from early models that "carried a couple tons of storage battery around on four wheels at scarcely better than an overgrown snail's pace," W.C. Anderson, president of Anderson Electric Car Co., said in 1912. "The electric car of today" is "considered up to date," he said. "There's no question that the electric vehicle has a great future."

But Anderson was wrong. Electric cars started losing their appeal after Ford began mass production of his gasoline Model T. In 1912, the Model T sold for $650, compared with $1,750 for a comparable electric car. In today's dollars, the Model T cost $17,000 versus $47,000 for the electric.

Also in 1912, Charles Kettering invented the electric starter for Cadillac, eliminating the need for hand cranks on gasoline cars. Then came the 1920s Texas oil boom, which led to cheap gasoline. Filling stations popped up on roads across the country, bringing gasoline to rural areas that lacked access to electricity needed for electric cars. By the 1930s, electric cars had pretty much faded away.