5-Year-Old Boy Was To Be Adopted In US Courtroom, He Invited His Entire Class

The post that was shared over 115,000 times on Facebook received heartwarming responses with people sharing their personal stories of their adoption. 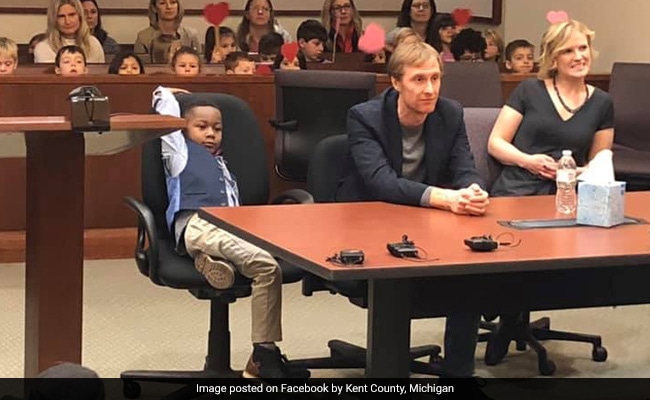 It was a special day for a 5-year-old boy in Michigan, US. Michael Clack Jr was about to be formally adopted by his foster parents in a courtroom, and to celebrate the day with him, he invited his entire kindergarten class.

The boy's emotional moment was captured in a photograph that was posted on Facebook by Kent County, Michigan. "Michael brought his entire kindergarten class with him today to witness his adoption," the post said. "Not a dry eye in Judge Patricia Gardner's courtroom," the Court said in another post on Adoption Day at the courthouse.

The photo shows rows of kindergarten children sitting behind Michael, waving paper hearts on sticks. Seated in front of them, reclining on his chair, hands in the air, is the five-year-old, sitting beside his soon to be parents.

The post that was shared over 115,000 times on Facebook received heartwarming responses with people sharing their personal stories of their adoption. Some even shared photos of their adoptive parents and children.

Videos circulated on social media shows the father carrying the boy on his back, waving to the courtroom. "I love my daddy, I love my daddy so much," the 5-year-old was heard saying interrupting the father while he was talking to reporters. 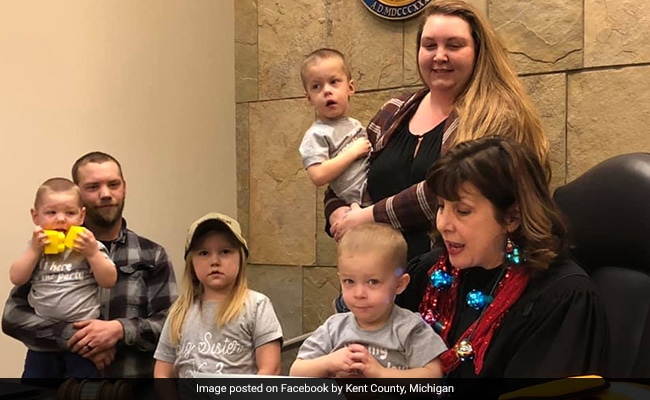 37 children were adopted at Kent County Courtroom on Thursday.

The adoption hearing was held in the courthouse on the 23rd annual Adoption Day in Kent County. Michael was one of 36 kids adopted on Thursday.

Several other photos of the hearing were shared on social media. The Michigan Supreme Court used #AdoptionEqualsLove and retweeted videos and posts about the boy. "So glad we got to share his special day," the Supreme Court said in one of their Tweets.

So glad he got to share his special day! #AdoptionEqualsLovehttps://t.co/GMvcZhHZn9

According to reports, Michael's kindergarten teacher encouraged the class to show up for the hearing to support Michael and to help educate the class on adoption.