3 Months After Launch, The State Of Affairs At Melania Trump's "Be Best"

In May, Melania Trump launched her signature initiative, Be Best, as a campaign aimed at improving children's well-being, but it has been slow to take shape Melania Trump's platform remains almost as much of a question mark as it was when she first arrived in Washington, D.C., last summer.

In May, Trump launched her signature initiative, Be Best, as a campaign aimed at improving children's well-being, but it has been slow to take shape. Last week, Trump's 28-year-old policy director, Reagan Hedlund, a former Capitol Hill staffer and National Security Council executive assistant tasked with leading the first lady's initiatives, left her job.

According to people familiar with the office, Hedlund brought some policy and congressional experience to the first lady's office, where few other staffers have deep roots in the wonkier quarters of Washington, D.C. Hedlund's departure, which came less than seven months after she was named to the position, also hints at an East Wing struggling to gain momentum.

Melania Trump's spokeswoman, Stephanie Grisham, said that Hedlund "is no longer with our office and we wish her the best."

"It was a difficult decision to leave," Hedlund told Politico. "However, I have decided to return to my roots in the foreign policy world." 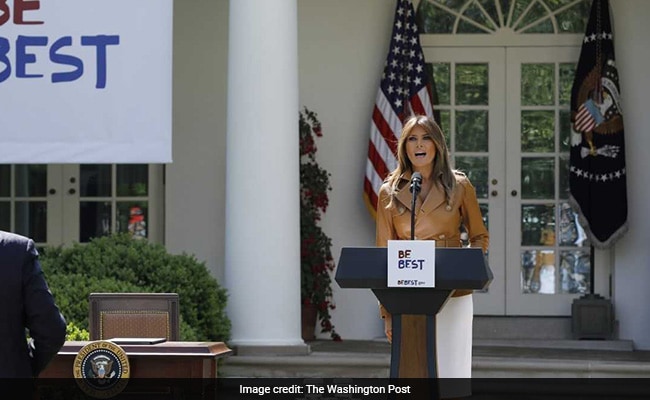 A person with knowledge of the situation, however, indicated that the move was not voluntary, saying Hedlund was asked to leave.

"Once it was given a name, there was something there, but what has it developed into?" Jellison asked. "It seems to be ephemeral at the moment."

One reason for the halting effort is timing. A week after announcing Be Best in a Rose Garden ceremony, Trump underwent kidney surgery for what the White House described as a "benign condition." She remained out of public sight for weeks.

Melania Trump maintains a relatively small staff of about 10 aides, compared with the 25 or so who worked under Obama and Laura Bush. That's the smallest staff of any first lady since Mamie Eisenhower, according to Allida Black, a research professor at George Washington University. 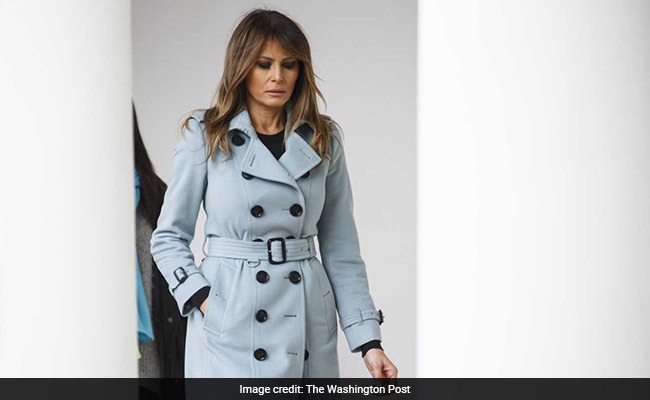 Modern first ladies have typically surrounded themselves with political veterans who have accumulated clout in Congress and in the West Wing to leverage in service of their agendas. Even as they deploy the "soft power" that comes with their office, first ladies and their staffs have to privately engage in the same arm-twisting, alliance building and lobbying that underpins any policy push in Washington, Black added.

"Look at Barbara Bush - you don't think she got literacy funding because she was charming, do you?" Black said. "She knew how to work the Hill and get her husband and his staff to support what she was doing."

But there are indications that Trump's initiative does not have the kind of lofty policy ambitions that her predecessors' did.

Grisham said in an email that the aim of Be Best is to promote successful organizations, facilities and programs that help children, and that the first lady might in the future back replicating some of them or even legislation, "if she feels it could make a real impact on the lives of children." She added that Trump's initiative is already a "success," and said the first lady plans a "big announcement" in September. 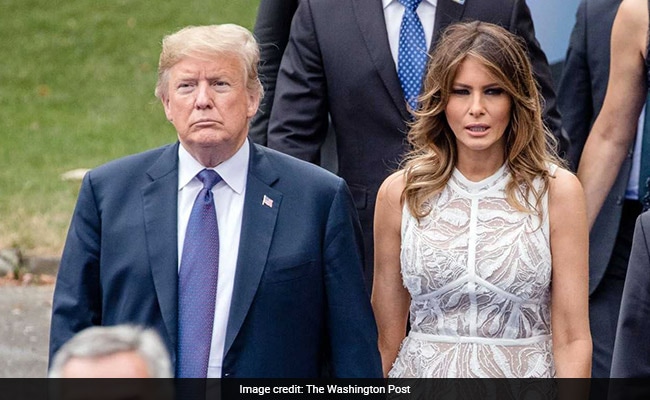 "We have a professional team and with Mrs. Trump's leadership, the East Wing has executed on several successful large-scale events and her platform is no different," she said.

Since the initiative was launched in May, the first lady has held only three public events under the Be Best banner. Last month, Trump traveled to Nashville, Tennessee, to meet with children and families affected by the opioid crisis. During her trip to Britain in July, she talked with schoolchildren about the importance of kindness, another plank of the initiative. The first lady also visited a Microsoft facility in Washington, where she listened to teenagers talking about online civility. And she's given two speeches to students this summer, one via video, urging them to show kindness to one another and to make "positive decisions."

Trump's public efforts have often been stymied by strategic errors. On a visit to the U.S.-Mexico border where immigrant families were being separated under her husband's "zero tolerance" policies, Trump stepped on her message by wearing a jacket emblazoned with the phrase "I really don't care, do u?"

Even the launch of Be Best was beset with a distraction: a Be Best-branded pamphlet titled "Talking With Kids About Being Online" turned out to have been published by the Federal Trade Commission in 2009, prompting charges of plagiarism. That led Trump's spokeswoman to criticize media coverage, using her boss's new catchphrase: "I encourage members of the media to attempt to Be Best in their own professions, and focus on some of the children and programs Mrs. Trump highlighted. . . ."

And opponents of President Donald Trump's policies have directed their ire at the first lady. A protester who climbed the Statue of Liberty to draw attention to the Trump administration's treatment of immigrant children appeared in court, wearing a dress the same color as the first lady's controversy-stoking jacket. Scrawled on the back was the phrase "I really care, why won't u?" And below that: "Be Best."

Jellison said that while first ladies often float above the political fray that consumes their husbands, the vitriol surrounding President Trump has put Melania Trump in new territory. "Critics of President Trump seem to be taking on the entire family and accusing them of a kind of 'let them eat cake' mentality," she said.

Melania Trump, a former fashion model who studied art and design, has long been more comfortable in the role of hostess-in-chief than in policy influencer. She has more enthusiastically embraced duties of presenting the White House to visitors, personally choosing the decor of her first state dinner in April and taking an interest in the minutia of the executive mansion's operations.

Last month, she tweeted an image of herself in her comfort zone; in the photo she is wearing a crimson dress and is poring over what appear to be samples of holiday decor, including a sprig of berries the same shade as her frock.

"Planning is underway for this year's #Christmas at the @whitehouse!" she wrote in the caption. "There is still a lot of work to be done, but I hope everyone will enjoy our final holiday vision for the People's House."