The Dublin based airline, which is the world's biggest operator of Boeing's popular 737NG aircraft- added that the repairs would have no impact on its flight schedules. 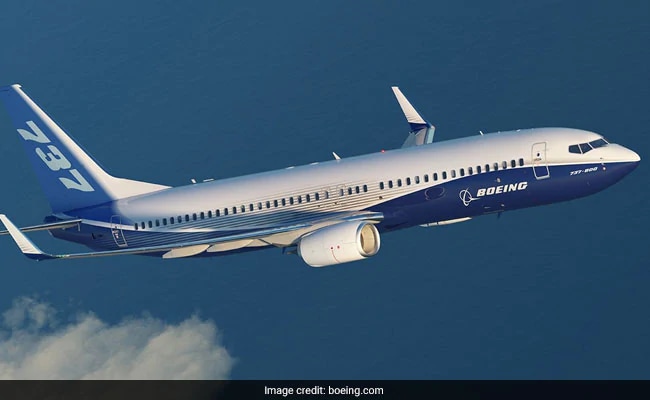 The US airlines declared this October that they have grounded dozens of 737NG planes due to cracks.

Irish airline Ryanair indicated Wednesday that three of its Boeing 737NG planes were taken out of service due to cracks, a problem that has grounded dozens of the jets globally.

"Ryanair has already inspected over 70 of its oldest aircraft in full compliance with the Airworthiness Directive (of the US Federal Aviation Authority), and our rate of findings is less than the industry wide 5.0 percent confirmed by Boeing recently," the Irish airline said in a statement emailed to AFP.

"Boeing are carrying out these repairs on behalf of Ryanair currently," the low-cost carrier added, after The Guardian newspaper reported that cracks had been found on three Ryanair jets between the wing and fuselage.

The Dublin based airline, which is the world's biggest operator of Boeing's popular 737NG aircraft- added that the repairs would have no impact on its flight schedules.

"Ryanair will continue to inspect the remainder of its fleet, in full compliance with the Airworthiness Directive, and we are confident that the tiny number of pickle fork cracks, if any, will not affect either Ryanair's fleet, its flights, or its schedules," the carrier said.

Boeing had previously reported a problem with the model's "pickle fork"- a part which helps bind the wing to the fuselage.

The US aerospace giant had announced on October 31 that dozens of 737NG planes had been taken out of service after the cracks were detected, marking another setback for the crisis-stricken US aircraft maker.

The new difficulties compound troubles facing the US manufacturer, which has faced tumbling profits, federal scrutiny and calls for its CEO to resign after deadly crashes involving the 737 MAX, the plane that succeeded the 737NG.