This Nonbinary Pronoun Is Merriam-Webster Word Of Year

Two months ago, the dictionary added the word "they" as a non-binary pronoun that can refer to just one person. 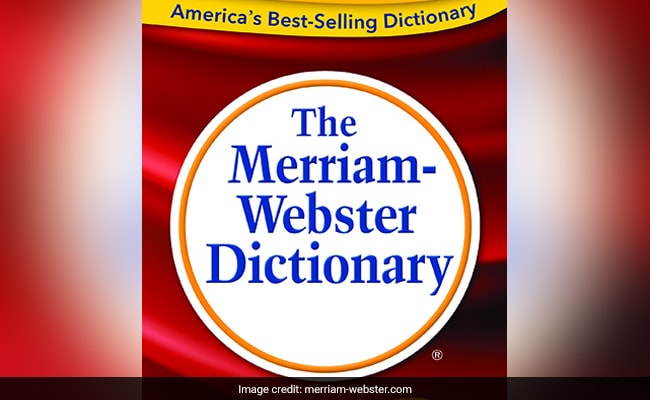 Nonbinary people are enjoying increased representation on television and in pop culture.

The pronoun "they," used by non-binary people who identify as neither male nor female, was named word of the year by US dictionary Merriam-Webster on Tuesday.

In the English language, more and more people are exercising their right to choose the pronoun by which they are identified, regardless of their sex at birth -- such as "they" instead of "she" or "he."

Two months ago, the dictionary added the word "they" as a non-binary pronoun that can refer to just one person.

"There's no doubt that its use is established in the English language, which is why it was added to the Merriam-Webster.com dictionary this past September," the website said, adding that searches for "they" jumped 313 percent in a year.

Nonbinary people are enjoying increased representation on television and in pop culture. Among them is British artist Sam Smith, who recently revealed a preference for "they/them" pronouns "after a lifetime of being at war with my gender."

Tech giant Apple has added "neutral" emojis that don't distinguish between gender to the latest version of its operating system.