Shortly before he was shot on Wednesday, Webber posted a live video on Facebook that showed him in a car, rapping and apparently smoking marijuana. 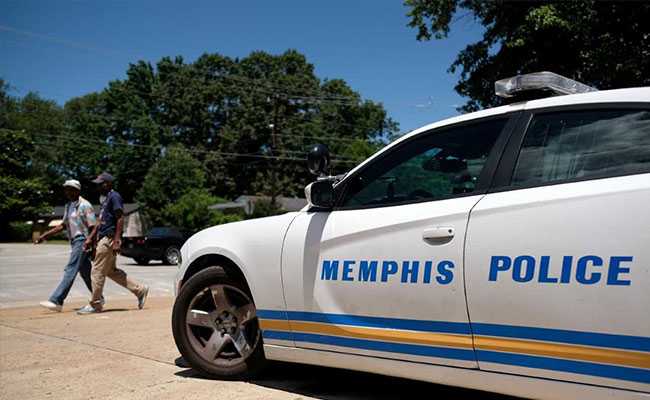 Agents of the US Marshals Services killed the man while trying to arrest him.

The young black man killed by U.S. marshals in Memphis, Tennessee, whose death sparked clashes with police overnight, had recently become a father for the second time and was the subject of multiple felony warrants, according to his family and officials.

The victim, identified by authorities as Brandon Webber, 20, was the eldest of eight sons, his father, Sonny Webber, said in an interview on Thursday. He had two young children of his own, a 2-year-old boy and a newborn daughter, and was expecting a second daughter soon.

Sonny Webber said his son had sold marijuana but was not a drug dealer.

"He wasn't a bad guy," he told Reuters. "He wasn't even living long enough to be a bad guy."

Public records show the younger Webber was arrested previously for possessing marijuana and drug paraphernalia and driving with an expired or suspended license and with an improperly displayed registration plate. It was not immediately clear if he was ever prosecuted.

Agents of the U.S. Marshals Service shot and killed Webber while trying to arrest him on multiple felony warrants at about 7 p.m. local time on Wednesday, the state Bureau of Investigation said. The incident triggered overnight clashes with protesters that left at least two dozen police officers injured, officials said.

Shortly before he was shot on Wednesday, Webber posted a live video on Facebook that showed him in a car, rapping and apparently smoking marijuana. In the video, he looked out the window and said he saw police. With a laugh, he looked directly into the camera and said what sounded like the officers would "have to kill me."

The video appeared to have been removed from his Facebook page late on Thursday morning.

Webber's father said his son was shot between 16 and 20 times, but the number of shots could not immediately be confirmed.

In the hours after his death, friends flooded Webber's Facebook profile with messages of love, grief, disbelief and outrage at the authorities responsible for his death.

"I don't see a man that deserves 20 shots. I see a father, a friend, a big bro, a rapper from the heart ... a song writer, a college student, a homie, a brother," wrote Derrion Davenport, who posted a picture of Webber looking down at his newborn baby.

The Tennessee Bureau of Investigation said Webber rammed his vehicle into vehicles operated by the U.S. Marshals Service before getting out with an unspecified weapon. The service, an arm of the U.S. Department of Justice, is charged with apprehending fugitives.

According to his Facebook profile, Webber had graduated from Memphis Central High School. His father said he had planned to take classes at the University of Memphis in August.